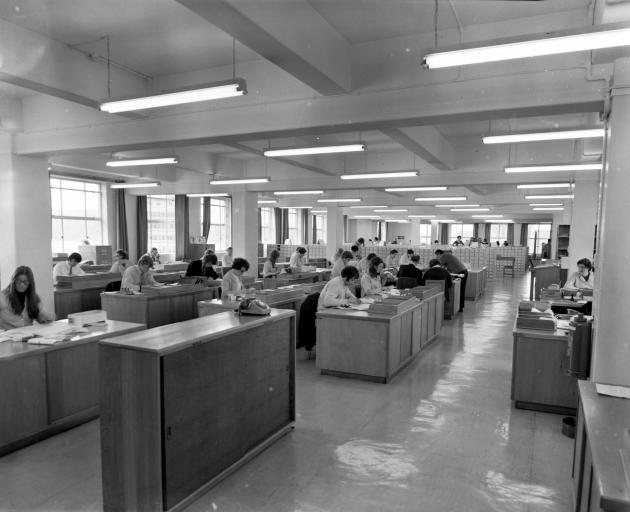 The Bonus Bonds Centre at the Chief Post Office, Dunedin, in the 1970s.
The announcement on August 26 that the Bonus Bonds Scheme would immediately stop taking new investments and completely close on October 31 came as a surprise for many retail investors.

The scheme, which was established by the government to encourage savings in 1970, was originally run as part of the Post Office.

That works out at about $625 for every New Zealander.

The closure will be a significant financial event for many people.

Based on the current prize pool, and the number of bonds on issue, the average return worked out at 1.09% p.a.

However, the key feature of Bonus Bonds is that this return is not distributed equally, with random chance being the arbitrator of your return.

When you consider that the chances of being struck by lightning in your lifetime is estimated at 1 in 12,000, you can see how remote the probability of winning the big one in Bonus Bonds was.

To call Bonus Bonds an investment was always a stretch and perhaps a better description was lotto, but without the weekly capital loss in the cost of tickets.

- They can redeem their bonds at face value before the end of this month through the usual withdrawal procedure.

- They can continue to hold their bonds and participate in the regular draws that are scheduled for this month.

The prize draws will stop from October 31 and the wind-up process will commence. The administrator is suggesting this could take at least 12 months.

It will be interesting to see what proportion of bond holders actively choose to (or by default) continue to hold their bonds beyond October 31 and enter the wind-up procedure.

As of March 31, each $1 bond was secured by assets of $1.02, so entering into the wind-up procedure could generate a slightly better outcome, as the remaining bond holders will share in the reserves.

However, this could also work against bond holders if the costs of winding-up the scheme are higher than expected.

The administrator has explained that a final payout below $1 per bond is not expected but is possible for those who enter the wind-up process.

The question that I am being asked is "what should I do with the capital?"

To answer this meaningfully, personalised advice is required, as every situation is different. However, as a general starting point, I suggest that bond holders ask themselves, "what function do these bonds serve in my life?" Was it:

- Pure gambling entertainment? If this is the case, then pick your vice and have fun, but don’t expect to win!

- Part of an emergency fund or even a funeral expense fund? If this is still the function, then easy access and capital stability may be the priority.

- As a savings vehicle for short or medium-term goals? In this case, a regular saving programme in a diversified PIE investment might be a suitable alternative.

- As part of a long-term savings strategy? In this case, I would recommend seeking advice to see what mix of investments is consistent with your views on risk and time horizon.

And finally, a personal confession.

Clearly it is not just plumbers that have the odd leaky tap!

- Peter Ashworth is a principal of New Zealand Funds Management Limited, and is an authorised financial adviser based in Dunedin. The opinions expressed in this column are his own and not necessarily that of his employer. His disclosure statements are available on request and free of charge. 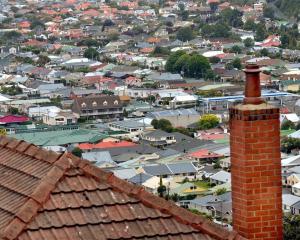 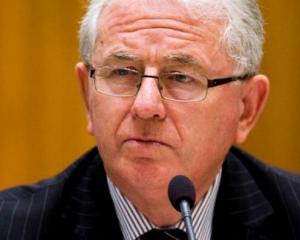