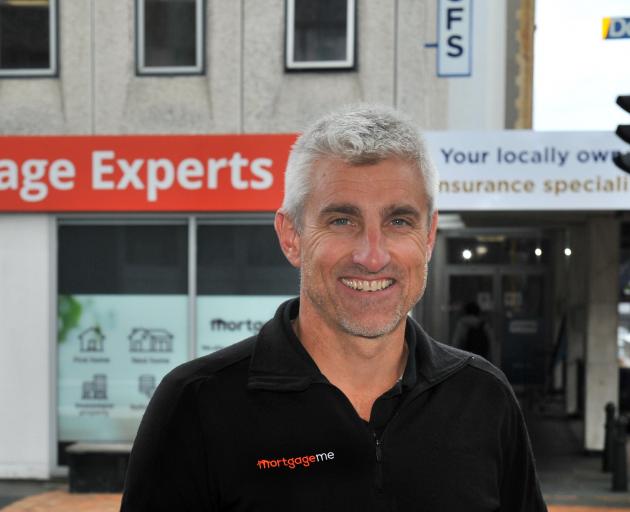 Daryl Taylor is the director of Dunedin’s MortgageMe. PHOTO: CHRISTINE O’CONNOR
The chances of securing a mortgage seem to be slipping away with the Government’s new lending laws. But a Dunedin mortgage broker does not believe it is time to give up on takeaway coffees just yet. Daryl Taylor offers his advice to Riley Kennedy about how to win over the bank. "It has definitely got harder, but it is not impossible."

That is Dunedin mortgage broker Daryl Taylor’s message to people questioning whether they can secure a mortgage.

New lending rules, which came into effect early last month, have made it difficult for some aspiring homeowners’ chances of securing a mortgage.

The changes to the Credit Contracts and Consumer Finance Act (CCCFA) were intended to protect borrowers from loan sharks, but have caused banks to closely vet mortgage applicants’ spending habits and personal finances.

Over the past week, the Otago Daily Times has reported stories about people’s applications being declined because of Kmart trips, restaurant eating habits, Netflix accounts and extended periods of maternity leave.

So is it still possible to get a mortgage and enjoy the small things in life?

He is the director of MortgageMe and has been working in the finance sector for more than 20 years.

In that time, he had seen numerous financial downturns, including the Global Financial Crisis, which caused banks to tighten up on their lending.

He had never seen such strict criteria for borrowers as under the new CCCFA rules.

Mortgage brokers had been warned the new rules could quite possibly be the biggest change for lenders they had seen.

But he did not think that was a reason for people seeking mortgages to give up.

Since the rules had come in, Mr Taylor had had several clients asking if their spending habits, particularly takeaways and other discretionary items, would affect their applications.

Despite the stories about people being declined, Mr Taylor estimated it was only about 5% of people who would normally have got a mortgage being declined.

"It’s a very small amount, despite what people think," he said.

Data from credit company Centrix found that approval rates for mortgages in Otago and Southland dropped by 6.5% after the CCCFA changes came in.

Mr Taylor’s biggest piece of advice to applicants was to be organised.

The reason for banks taking a "deep dive" into someone’s accounts was because they were having to put extra scrutiny on whether the applicant had enough surplus income to make the repayments.

Previously, the bank would give someone’s bank statements a quick skim. 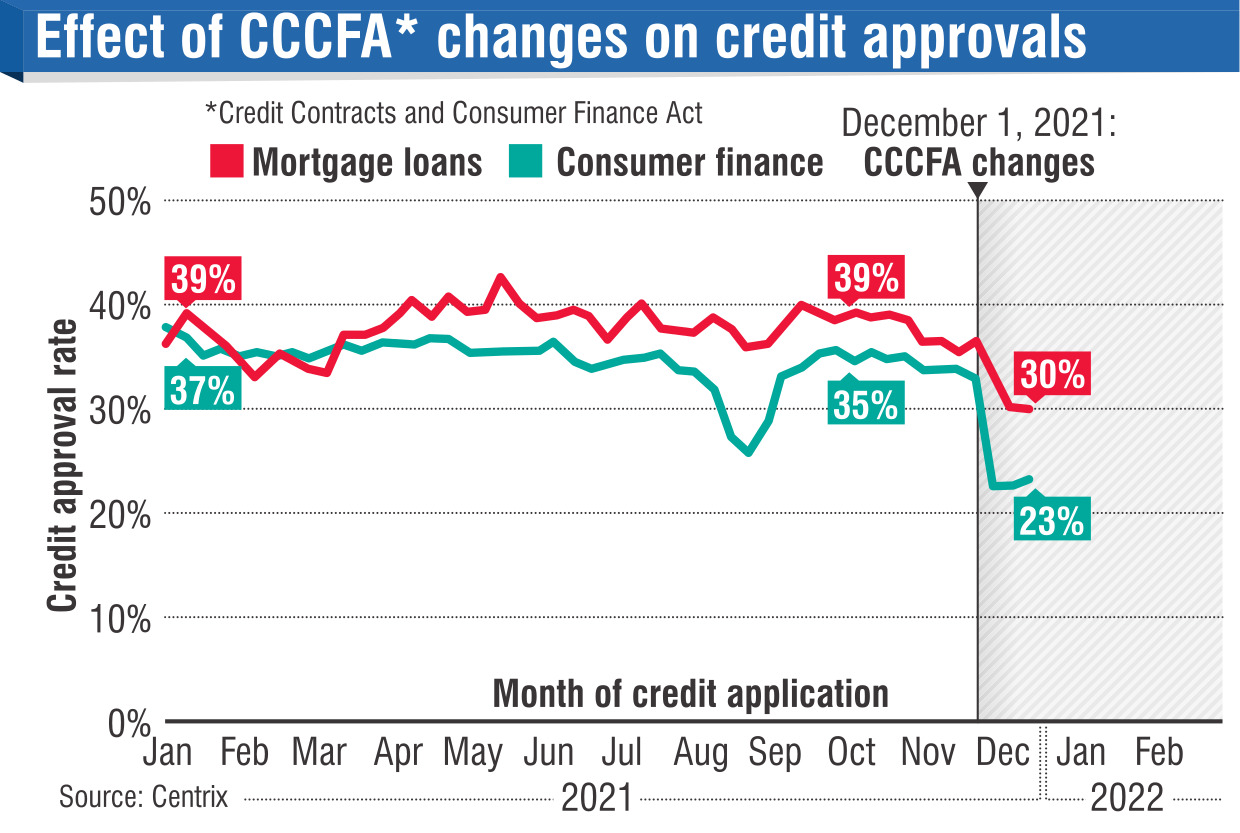 "The banks really need to know that someone can pay them back each week," Mr Taylor said.

For three months before applying, the prospective home buyer needed to show in their statements they had enough income to cover that payment.

Of a $650 payment, $400 could already be someone’s rent — which would be used for the mortgage — and the balance could be pointed to in a savings account.

That would prove to the bank that someone had enough surplus income to make the repayments, Mr Taylor said.

"That is much more important than how many coffees you are drinking a week."

Mr Taylor had had banks come back to him questioning people’s spending at retail outlets over the Christmas period.

Usually, after explaining to the bank that it was just a one off, the application would be approved.

Banks were having to "dot every i and cross every t" to justify every dollar they lent to people, "whereas before, they probably didn’t have to take such a deep dive into it".

Another tip Mr Taylor had for applicants was to do a "dummy application".

That way, they could get a feel for what they needed to change in order to get a mortgage approved.

"And sometimes that will tell you that you are ready and probably could be approved now."

Part of being organised could also be talking to someone who had recent experience with the system — whether that was a financial adviser, mortgage broker or even a financially savvy family member or friend.

The worst thing for people to do was give up on home ownership altogether, which a lot of people might have been inclined to do after reading about the CCCFA rule changes, Mr Taylor said.

Home ownership was one of the only ways people could start to create wealth for themselves and some people sitting on the fence could "just give up".

The cost of rentals was only going to increase, and if people chose to just be renters, that would only make it harder for them to build wealth.

"It would be a real shame to see people give up on their dreams because of the rules," he said.

While lending restrictions were tough now, Mr Taylor believed that the CCCFA would most likely change after Minister of Commerce and Consumer Affairs Dr David Clark’s review was completed.

The law would not return to what it was before, because the Government was trying to cool the housing market, however, there would be some relief on the way.

"They will ease it a little bit, I’d imagine."