Driven to live life to the full 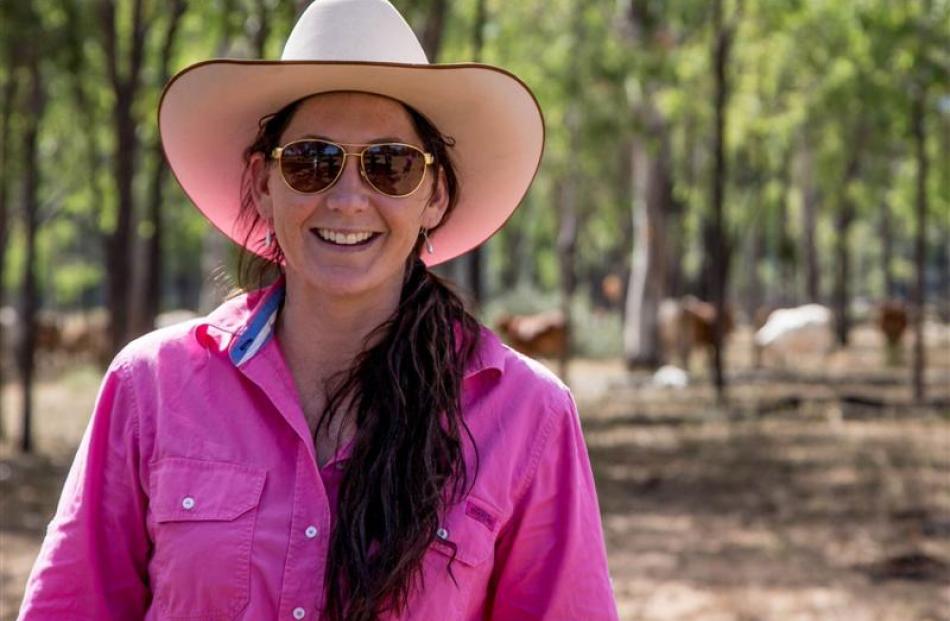 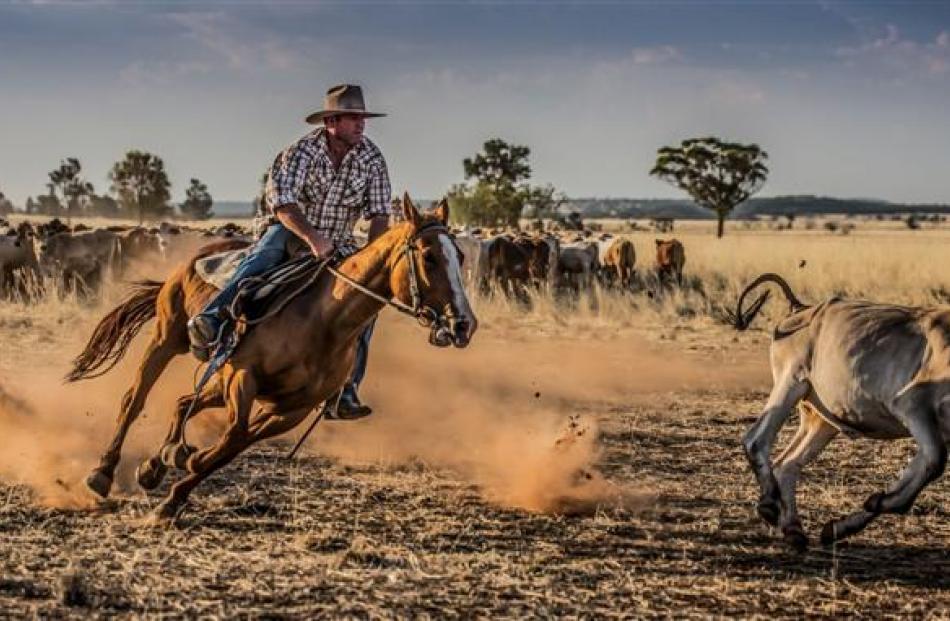 Images from the book The Drover, captured by Miss Mabin, a former high country shepherd. 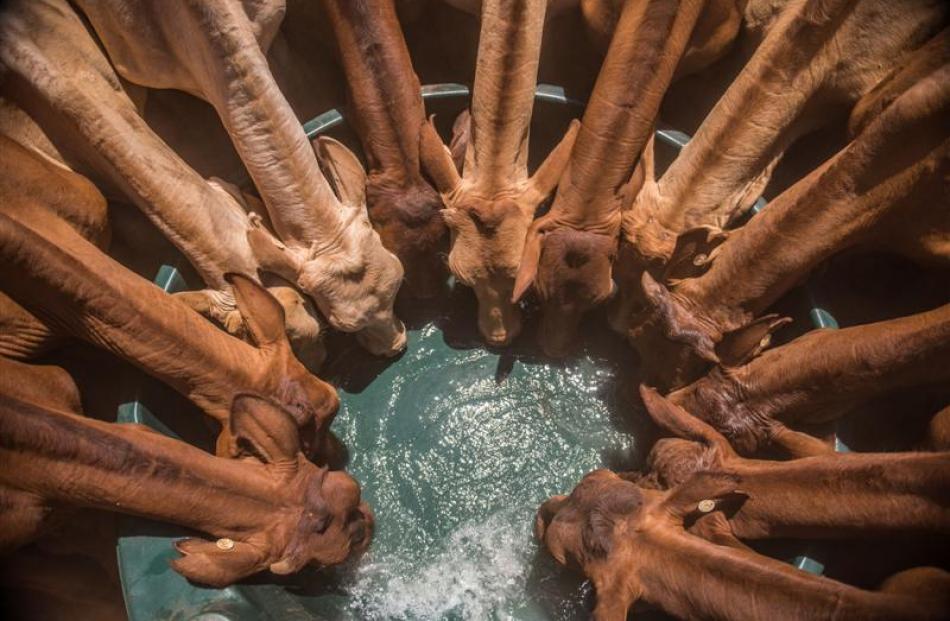 Images from the book The Drover, captured by Miss Mabin, a former high country shepherd.

When Alice Mabin was 15, she fell off a horse and spent time in a coma.

Since that experience, she has packed as much as possible into her 29 years, from medical student to high country shepherd, from runner-up in the Speight's Perfect Woman competition to receiving an award for entrepreneurship.

Not to mention following, on horseback, 18,000 head of cattle as they made their way through the red dust of rural Australia on a 2000km journey.

''When you've seen the light and you know life is short, you have a real go. I've had a few life-defining moments in my time. It's too short to not do what you want,'' Miss Mabin said from Australia this week.

Originally from a rural background in Hawkes Bay, she spent her early years travelling the country showjumping.

After leaving school, she headed south to study medicine at the University of Otago, with the intention of switching to veterinary science at Massey University.

So when cross-crediting stopped, she admitted she was ''pretty gutted'', although she was not sorry to leave the university lifestyle behind.

She had struggled, but not with the academic side. Having been used to structure in her life - getting up and riding racehorses and showjumpers every morning - she found the adjustment difficult.

What she did love was spending time working on Bendigo Station, near Tarras, for family friends John and Heather Perriam.

So when she finished at university, she got a job as a shepherd at Glenmore Station, near Lake Tekapo.

She had the distinction of being the first female shepherd employed by the Murray family and the experience was ''really cool''. After a stint working at Lone Star Farms' Caberfeidh property in the Hakataramea Valley, she moved to Australia to work, taking her four working dogs with her.

But a motorbike accident left her with a broken leg and, after multiple operations, her surgeon told her she would never be able to farm again.

It was disappointing news for the young woman, who had some ''absolutely spectacular'' dogs and loved the farming lifestyle.

One of her heading dogs, which she subsequently sold, went on to be the first dog in Australia to get a perfect score in a dog trial.

Keen to remain in agriculture, she spent three years working for Pfizer in the animal health industry in New Zealand, covering Taranaki/Manawatu and then Central Otago/North Otago.

Then came ''one of those epiphany moments'' as she considered what she would do if she had six months to live - so she headed to Canada for a year before returning to Australia, where she spent two years working for Pfizer in South Australia.

Most of her work was around reproductive diseases and genetics and most of her client base was stud stock operations.

While they might have been producing top bulls and rams, she recognised their marketing and photography to promote their livestock was ''terrible''.

Miss Mabin identified a possible new career for herself and she returned to university to study photography and journalism.

Deciding to set up her own business, she got herself a business mentor, as she had friends with businesses who always seemed to be struggling.

She resigned from Pfizer the same day that she phoned the head drover of a massive cattle drive and asked if she could take photos of the drive one day.

During the severe drought of 2013, South Australian farmer Tom Brinkworth bought 18,000 cattle from Australian Agricultural Company properties. The $8 million transaction was the largest single purchase in the history of Elders Livestock.

The next question was how to get the cattle home to Mr Brinkworth's 35,000ha property, Uardry Station, near Hay, New South Wales.

The cost of trucking them was about the same as walking them, a journey of 2000km through two states.

When she went along to take photographs, she quickly found herself on a horse and joining in.

She ended up spending five and a-half months photographing and documenting the journey.

The cattle were split into nine mobs of 2000 and, initially, the drovers were uncomfortable with Miss Mabin's presence.

But once they realised she was off the land and could ''swear and drink like the rest of them'' they were not so worried, she laughed.

She relished an opportunity to get her hands dirty and spend time with people who were simple - ''and I mean that in the best way'' - and made their own fun on the road.

It was ''back to basics'' living and she learned to appreciate cold water, air conditioning and a shower.

While droving was woven in the fabric of Australian history, droving cattle long distances was a rare event today.

Her business mentor suggested she document the journey in a book, as she had ''captured a piece of history''.

Self-publishing and with no support from bookshops, she could afford to print only 1000 copies before her bank account was ''cleaned out''.

She remembers waking up one night in a cold sweat, dreaming she was burning books to keep warm.

Worried she had made the biggest mistake of her life, she decided to return to the towns the cattle had passed through to sell the books.

By the end of that week, she had sold the lot.

She has now sold 16,000 copies of The Drover and it is a four-time Australian bestseller, selling in places like country clothing shops, cafes, saddleries and gift shops.

Earlier this year, she was named 2015 Asia Pacific Entrepreneur of the Year at the business excellence forum awards organised by business mentoring company ActionCOACH.

Miss Mabin arrives in New Zealand this week to release the book and will be making appearances throughout the country, including Tarras later this week.

Now with distribution channels that ''money can't buy'', Miss Mabin is working on her next book, which was inadvertently inspired by an accident earlier this year when the Landcruiser she was driving was hit by a road train.

It got her thinking about how the transport industry was so important and how ''everything gets delivered on the back of a truck''.

The new book is called Australia On The Back of A Truck and she is travelling around Australia working on the project.

She is living in a custom-built trailer, complete with toilet, shower, washing machine and kitchen sink.

The trailer turns into an art gallery by day so people can see her images when she stops.

She says the Australia she gets to see, compared with what tourists see, is ''so amazing''.

She also teaches photography and does public speaking.