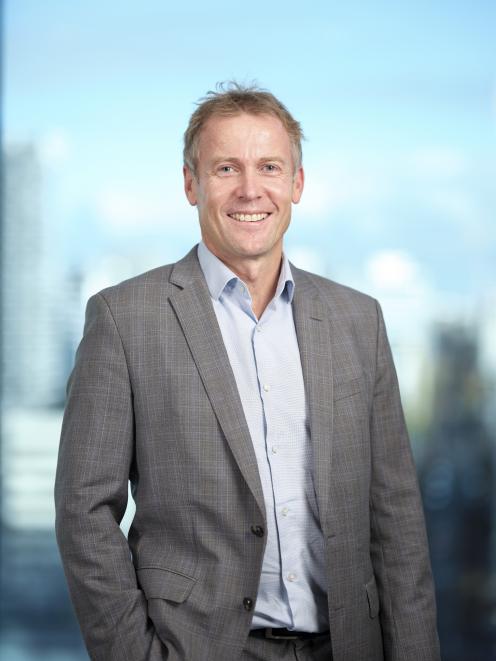 Mike Horne has taken over the role of Deloitte New Zealand chief executive from Thomas Pippos, who has moved to become chairman after serving the maximum 10-year period.

Deloitte is a global company operating in nearly 150 countries, and its New Zealand firm has more than 1500 staff and revenue of more than $300million.

Mr Horne joined Deloitte as a graduate in 1994 straight out of the University of Otago where he studied commerce and law.

After spending time overseas working for the firm, he moved back to the Dunedin office in 2000 and became a partner two years later.

He was managing partner of the Dunedin office from 2014 to 2018 and spent time on Deloitte’s board.

Mr Horne was the Asia Pacific Deloitte lead and was then appointed New Zealand chief operating officer 12 months ago.

He described leading the New Zealand firm as an opportunity, saying the path his career had taken was not what he originally expected.

"I graduated without a huge amount of direction in mind. Even from a Deloitte perspective I didn’t really know what the firm did.

"I have been able to do a whole lot from a personal and professional point of view... work with some amazing people, travel the world and I even met my wife at Deloitte.

"It has been an incredible journey but not one nearly 30 years on that I thought I’d still be here and through to the CE role," he said.

Mr Horne described himself as a "proud born and bred" Dunedin man.

"I grew up here, went to school here at Otago Boys’ High School, I just love the place."

He has served on the board of Dunedin’s City Forests Ltd and Otago Polytechnic.

He would commute from Dunedin to Auckland for the role as well as spending time in its offices throughout the country, he said.

Deloitte’s outgoing chairman Ross Milne said Mr Horne’s experience and understanding of the New Zealand firm, coupled with his track record and connections with Deloitte Asia Pacific and globally, made his appointment an easy decision.