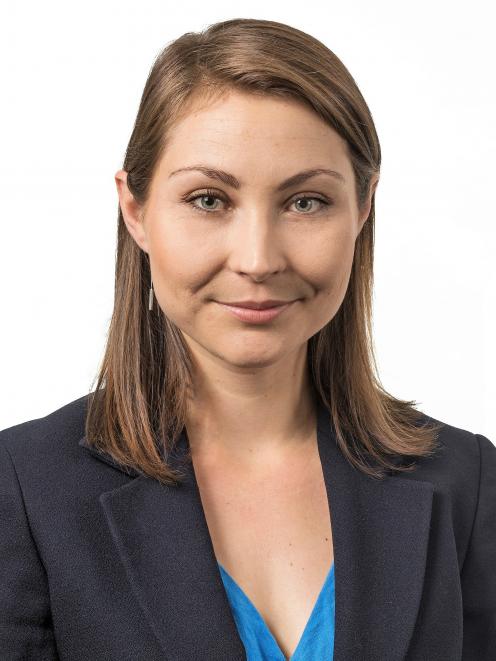 Stephanie Trethewey.
The initiators of a new programme to help entrepreneurs with mentoring and finance are confident it will succeed where others have not.

Accountancy firm Crowe Horwath last night launched FoundX in Dunedin, the first launch in New Zealand, which the firm plans to use in both this country and Australia to promote regional entrepreneurship.

FoundX community manager Stephanie Trethewey travelled to Dunedin from Australia to be at the launch. She launched FoundX in Dubbo last week and in Geelong in July.

She and Crowe Horwath tax principal Scott Mason were confident the new programme could find a space in the business community to bring together the entrepreneurs, mentors and investors.

Ms Trethewey said Crowe Howarth had plenty of advisers throughout its 120 New Zealand and Australian offices who had dealt with entrepreneurs in some form or another.

Sixty percent of the firm's officers were in regions, not in Australian state capitals or Wellington and Auckland.

''This is an opportunity to pay it forward, to give something back to the start-up community.''

In Australia, the major funding for start-ups happened in the capital cities. If regional entrepreneurs wanted to attend a gathering, it could mean driving two hours or more.

But with setting up in those regional areas, Ms Trethewey believed more of the entrepreneurs from outside main areas would be encouraged to take part.

Mr Mason said Dunedin was chosen for the New Zealand launch because of its strong community of innovators.

He was hoping people with a ''germ of an idea'' would attract attention from others who could help develop the idea into a growing business.

Mr Mason agreed Dunedin's past had been littered with good intentions, such as clusters, technology support and engineering groupings.

However, last night was about getting all the groups together to build up relationships.

''It's not just about 'here's the money, get on with it'. People will be giving their time to provide mentoring. Different people will appeal to different people. The more people in the room, the greater the chance there is to form a relationship.''

Mr Mason was a member of the Start-Up Dunedin Trust and had ensured 10 Dunedin start-ups were on display last night.

''We had an economic development plan launched talking about 10,000 jobs over 10 years with no substance on how we start to do that. New businesses in new spaces will create those jobs.''

''Think about where those companies came from.''

Asked how long Crowe Horwath would stick with FoundX, Ms Trethewey said it did not matter if there were 160 people in the room or 10.

Having 10 enthusiastic entrepreneurs in the room would be inspiring to others.

The launches would always attract the largest number of people.

''As long as people keep turning up, we're committed to the event.''