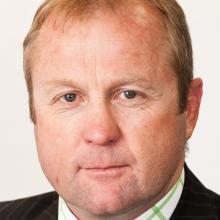 Mr Petersen, a former Beef and Lamb New Zealand chairman, has just returned after a busy time in the UK and Europe with discussions around the future of farming and trade.

Farmers he had spoken to who had the bacterial disease on their properties believed New Zealand should try to eradicate it.

In Europe, it was a "really difficult disease", with a wide impact on farms, and could be fatal for  some livestock, he told the Otago Daily Times.

It caused illness in cattle including mastitis, abortion, pneumonia and arthritis. It was hard to treat and clear from an animal.

Mr Petersen believed the decision by the Government and industry to attempt phased eradication of the disease, rather than opt for management, was "absolutely" the right decision, and he was pleased to see the two working together on the response.

There were a lot of questions in Europe about Mycoplasma bovis and the effect on milk products.

There were also queries about reports New Zealand’s traceability system had broken down.

It was very important to reinforce that New Zealand food safety and traceability remained world-class, he said.

Publicity was so strong out of New Zealand  that care needed to be taken around how discussions about the disease were framed.

While many countries had the disease, often people did not realise they had it, and there was quite a lot of talk about the effect on humans.

Reassuring consumers Mycoplasma bovis did not infect humans and was not a food-safety risk was key.

Traceability for consumers was not about disease management, it was about food safety. While the National Animal Identification and Tracing system (Nait) had failed, with regards to tracing of the disease, New Zealand’s food safety and traceability system was still world-class, he said.

Mr Petersen expressed sympathy for those farmers affected by the disease, and whose animals were destined for slaughter, saying all farmers were feeling for them.

"It’s terrible from that point of view."

But eradication was still "worth a shot" and he believed it was the right call "right now".

In Europe and the UK there was no more clarity around Brexit than when he was last there six months ago.In the UK earlier this month, there was quite a reduction in the sheep prices being paid to domestic farmers and care needed to be taken in New Zealand.

He also had some concerns around beef, with drought in the United States spreading quickly, along with South America.

In the US, a lot of stock was going to feedlots that would come available in the market in the second half of the year, and it could be a "sticky" second half for beef.