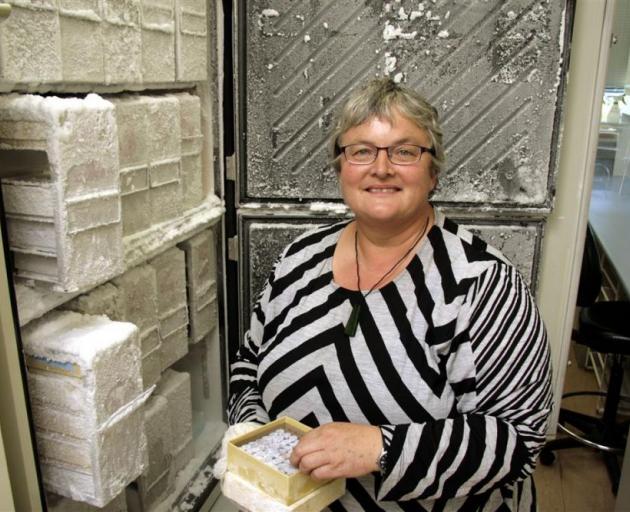 A new weapon in the war on rabbits could be introduced into New Zealand next autumn.

The RHDV1-K5 virus is a Korean strain of the lethal calcivirus already present in New Zealand that causes rabbit haemorrhagic disease (RHD).

Landcare Research and the New Zealand Rabbit Co-ordination Group are seeking approval from the Ministry for Primary Industries and the Environment Protection Authority to introduce the ‘‘K5'' virus.

‘‘K5 had undergone thorough testing in Australia, where it is likely to be approved for release later this year,'' Dr Duckworth said.

‘‘They've been testing lots of different strains and K5 is the one that looks the best."

Though it could reduce rabbit numbers between 25% and 30%, it was unlikely to be the ‘‘silver bullet'' to New Zealand's rabbit problem, she said.

‘‘It's hard to imagine there will ever be a silver bullet to eradicate rabbits.''

The new strain would provide farmers with a more cost-effective and efficient solution than strains currently available.

‘‘This should make follow-up with conventional trapping, shooting and dogs more effective and worthwhile, too.''

Dr Duckworth said the first strain of RHD, which was illegally imported in 1997, had a ‘‘huge impact but unfortunately an increasing proportion of rabbits have become immune to the disease''.

While K5 was expected to ‘‘make a dent'' in rabbit numbers, Dr Duckworth did not believe it would make as big an impact as RHD did when it was first introduced.

‘‘The K5 strain will be a boost to rabbit control by killing some of the immune rabbits.''

Dr Duckworth said with a surge in rabbit numbers this year due to the good summer and mild winter she was worried some farmers might take matters into their own hands and try to illegally import the virus from Australia.

‘‘We don't want an illegal release of the K5 strain.

‘‘We want to ensure that control agencies use a commercially-prepared product, free from any unwanted viruses and that the timing and method of release is managed to ensure the best possible rabbit control outcomes for farmers,'' Dr Duckworth said.