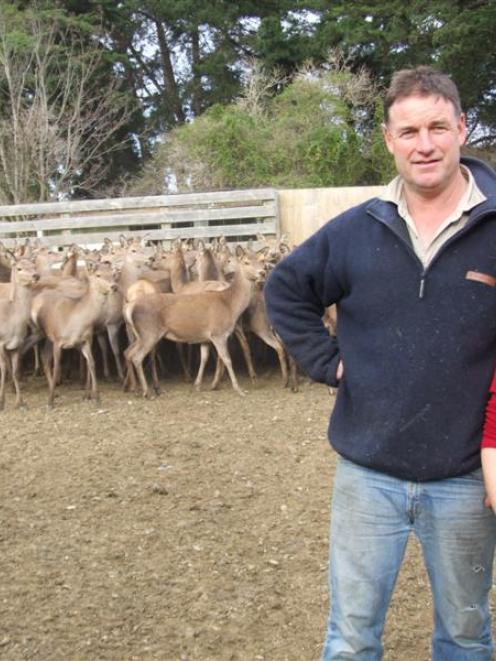 Shifting to North Otago was a big move for the couple and their children,who previously lived at Haldon Station - a vast, isolated property in the Mackenzie Basin.

But the family embraced the move and have worked hard to develop a productive and efficient deer unit on the 171ha property Sunnydale Farm.

They spent several years fencing the property and Mr Trimble estimated they put in more than 30km of fencing. The installation of a lane meant they can drive from one end of the property to the other without opening a gate.

They have also planted shelter-belts, continuing the work of the farm's previous owners, and fenced off native bush, enhancing native bird life and allowing local native plants to regenerate. 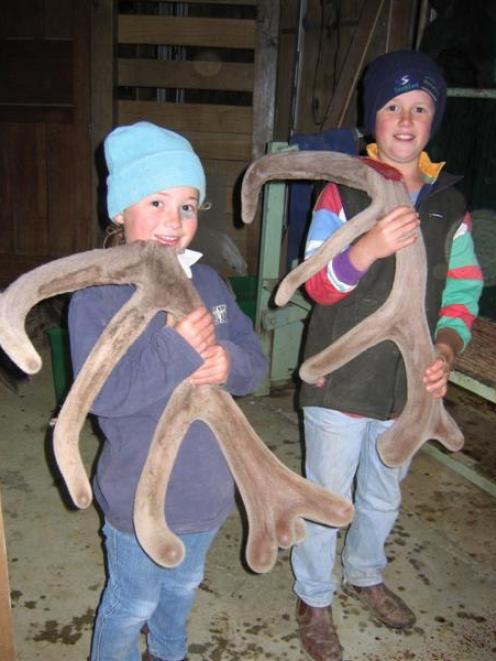 Kate (10) and Angus (12) Trimble take a keen interest in their parents' deer-farming operation.
Their latest project is ponding swamp areas on the property and they have set themselves a target of two ponds a year.

Mr and Mrs Trimble's hard work paid off when they were awarded both the Massey University discovery award and the Ballance Agri-Nutrients habitat improvement award in this year's Otago Ballance Farm Environment Awards.

The judges commented it had been a rapid transformation in five years to a well-designed, easy to manage deer farm.

Significant progress had been made in a short time due to prudent management, hard work and experimentation with new pastures, the judges said.

Entering the awards had been a worthwhile experience - one they recommend to others - and the awards function was a "fantastic" night. It was interesting to learn about the operations of the other entrants, they said.

At the moment, the couple's stock numbers comprised 350 hinds, about 340 weaners, 360 velvet stags and about 15 elk sires, along with 50 yearling Friesian bulls.

The running of the farm was a real team effort, with Mrs Trimble looking after the week-day chores, including feeding out, checking troughs and shifting break-fences.

During the week, Mr Trimble often works off-farm, direct drilling for several months of the year for Waikouaiti-based Clive Contracting, or involved in a variety of outdoor projects with Hilderthorpe-based company Recreation Construction.

The couple met when Mrs Trimble moved to Haldon to teach at the school which is run at the station for children who live at Haldon as well as on neighbouring properties.

Mr Trimble, a builder by trade, worked at Haldon for 17 years, initially as maintenance manager and then moving up to second-in-charge.

The couple were also involved with converting Mrs Trimble's family farm near Geraldine into a deer unit.

After looking at a few farms, the Hampden property appealed to them with its bush and trees, the "awesome" view out to sea from the top of the farm, the proximity to the township and schooling - and it was close to fishing, Mr Trimble added.

They have enjoyed their involvement with the local community and appreciated the support from neighbours.

She is also chairwoman of the board of trustees at Hampden School, which has a roll of more than 40 pupils and three teachers.

While the family was happily settled at Hampden, they might eventually move to something larger. Son Angus, who is boarding at Waihi School, was showing a strong interest in becoming a farmer.