Alliance drafter has eye for winner 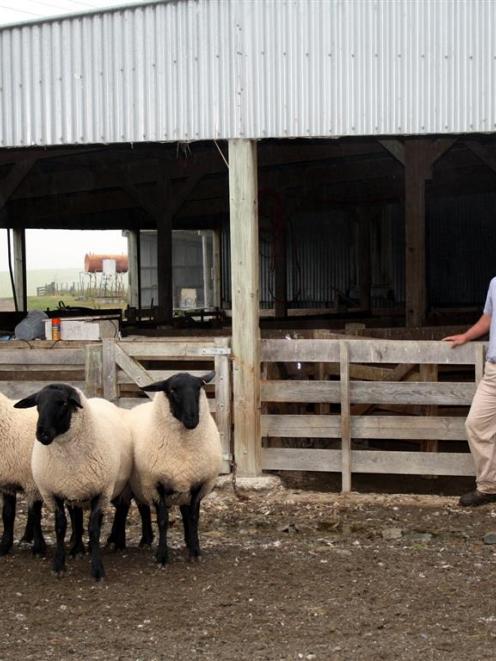 Mr Howie, a drafter for Alliance Group, laughed that he had ‘‘copped a bit of flak'' following the victory.

The competition, which attracted 41 entries, has become an annual fixture at the show, with proceeds going to the A&P Society.

Entries were judged on the hoof by Garth Mitchell, from Silver Fern Farms, and that component was won by Geoff Edgar.

They were then killed at Silver Fern Farms' Finegand plant and, after being ranked and graded, legs from the top six lambs were sent to the show.

They were then cooked by Lyndon Gold, of Outram Butchery, and taste-tested by a panel of judges, comprising the show's guest of honour Sir Peter Leitch, food writer Charmian Smith, and Tony Coulston, of the Mad Butcher. Members of the public also had an opportunity to sample the lamb.

Gavin Nichol was second and Dan Nichol was third. The competition was a good way to get farmers involved with the show, convener Wayne Smaill said.

Mr Howie and wife Jane's winning lamb was sired by a Suffolk ram, out of a Texel-Romney ewe.

Out of all the lambs entered in the competition, Mr Howie estimated he would have probably chosen about 10 of them.

It was the first time he has entered the competition, having bought some land at Lawrence 18 months ago.

Now in his 10th season drafting for Alliance Group, he covered an area which included Lee Stream, Milton and the Taieri.

He reckoned he might have to ‘‘give it a nudge'' again next year after what he dubbed his ‘‘five seconds of fame'' at the show, which included a photograph with Sir Peter.