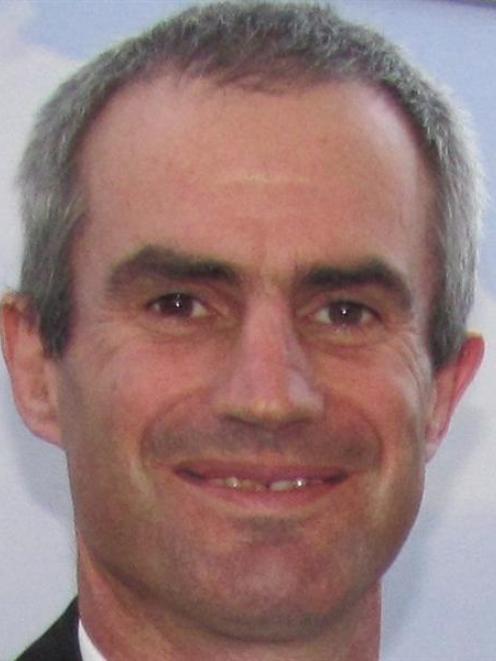 Simon McAtamney
Farming is not going to get any easier as farmers meet the expectations of ''everybody outside of farming'', Federated Farmers Otago president Stephen Korteweg says.

The pressure on farmers to meet environmental expectations would be challenging.

''We are all going to have to lift our game and obviously some considerably more than others,'' Mr Korteweg said in his annual report. The branch held its annual meeting in Milton yesterday. The ''big event'' this year was the proposed changes to the Otago Regional Council's water plan. Those changes could have a big impact on how farmers worked in the future.

A huge amount of time, effort and money had been put into submissions to try to get an outcome that ''ticks the boxes'' for the environment, the council and the Government but still let farmers continue to operate their businesses in a sustainable and profitable way, he said.

While there were definitely some positive aspects to the plan, there was still a significant amount of uncertainty around whether limits were achievable and what it would mean to farmers if those limits were not achieved.

Mr Korteweg had spent ''a good deal of time'' during the year trying to form a better working relationship with the ORC and he felt they were moving towards a good relationship.

The past year had been a ''mixed bag'' on the farm. While dairy, arable and forestry had ''not been too bad'' overall, meat and fibre was ''awful'' and it had been a challenging season, he said.

Meat and fibre chairman Simon McAtamney said next year would be better but the underlying problems would remain. The big drops in lamb numbers every few years just seemed to create ''another boom and then bust cycle''.

Positive engagement from all parts of the industry was needed to achieve stabilisation at best.

Mr McAtamney agreed with the chairmen of the two main co-operatives, Alliance Group and Silver Fern Farms, that a merger was not enough to stabilise the industry in the current environment.

A lot of non-co-operative suppliers expected those companies to merge but they would not be responsible for those merger costs.

''Often these same farmers berate the co-ops and blame them for the industry woes. If there was no big co-operative, where would this industry be?''We've been there, at the behest of foreign ownership through the early middle part of last century.

''We need a big cornerstone co-op so one company will always have the best interests of farmers at their heart,'' he said.

While there were many things that the companies did around procurement that caused farmer angst, Mr McAtamney questioned if it was farmer or company behaviour that had created those problems.

''I believe that the attitudes of about 20% of farmers cause a lot of the problems for the other 80% who try to do the right thing by working together with the meat companies.

''Their lack of commitment to the various companies and their obsession with gaining another dollar over their neighbour, suck up much of the companies' resources through both time and money, that should be used to try and gain another $20 or $30 through the market place,'' he said.

Many farmer and company ideas around marketing lamb simply revolved around the selling of meat. Adding real value to New Zealand lamb was a long-term proposition and would ''not be fixed tomorrow''.

''We must start thinking about what our industry will be like in 10 or 20 years' time,'' he said.