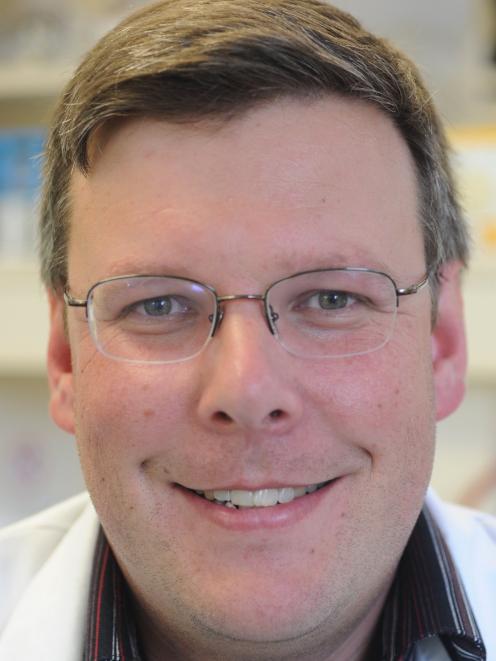 Prof Dearden spoke to a crowd of about 50 people about ''Why honey bee genetics might improve your health'' at the Alexandra Community House in Alexandra last week.

He covered many topics including sequencing the honey bee's genome, predictive adaptive response, how this related to human health and genetics and the stress New Zealand's honey bee population was under.

''Ninety percent of our feral bees have died [due to varroa],'' he said.

''I think the only long-term solution we have to this problem is breeding.''

The selective breeding and genetic manipulation of honey bees could produce results ''very rapidly'', as they had not been selectively bred in the past.

''Varroa mites have turned bees from a wild animal which we manage to one which is domesticated,'' Prof Dearden said.

It was the fastest domestication of an animal he was aware of.

Bees contributed $5.1 billion to New Zealand's economy and their long-term health was vital for agriculture, he said.

Some of the research he was involved with was to produce more hygienic bees which were less susceptible to disease.

Prof Dearden also spoke about how feeding royal jelly to larvae produced queens and how that research could have implications for human health.

Queen larvae were differentiated from worker larvae only six hours after being fed royal jelly, he said.

How developmental nutrition affects life after birth could have implications for the research of obesity and diabetes.

''It's very clear that diabetes and nutrition is a balance,'' Prof Dearden said.

''What overlays on top of that is a prenatal programming which causes people to respond to food in a different way.''