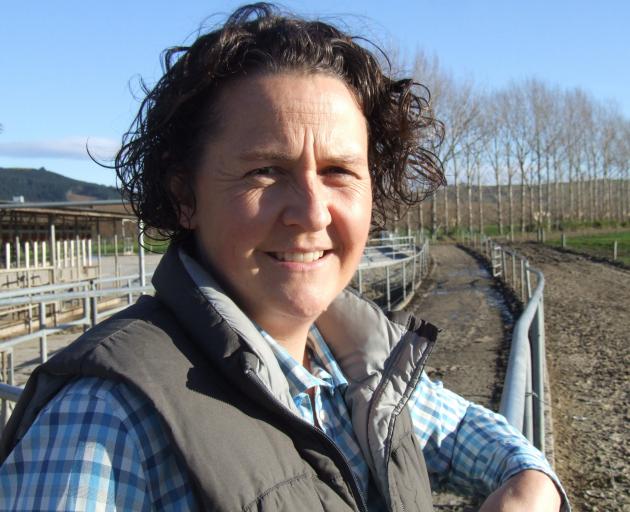 Mrs Neal and her husband Grant are sharemilking on the lower Waitaki Plains in North Otago and she also works part-time as a vet.

Her particular interest in rearing young stock has led the mother of two to launch a new venture this year.

The Aspiring Calf Company offers an advisory service to farming clients for setting up and managing robust, fail-safe systems for rearing great calves.

It was while she was studying veterinary science at Massey University that Mrs Neal met her husband, who was working for an animal health company.

On their OE, he announced he had always wanted to be a dairy farmer and it had proved to be a ''pretty amazing'' industry to be involved in, she said.

In recent years, she found herself spending a lot more time thinking about calf medicine and young stock rearing.

She did a postgraduate paper at Massey University on calf health and management and her interest continued at the Veterinary Centre Oamaru, helping clients get systems in place.

It was about trying to get farmers to think about a robust system that worked ''even when it rains every day in August, the payout is $3.80 or your best calf rearer leaves'', she said.

Now Mrs Neal was extending that service to other clients, including working with industry bodies.

''It's just a great opportunity for something I'm super passionate about to be able to go and do more of it,'' she said.

From her own experiences, Mrs Neal understood ''how abysmally tired'' people could get over the calving period and how things could fall apart, if a plan was not worked out.

This year, the couple would possibly rear more than 300 calves, with helpers involved.

Rearing calves was a job that required an endless amount of patience and empathy and that was difficult to achieve if people were overtired. So it meant good systems had to be in place.

''It's really simple. It's not rocket science, it's just doing the basics right every day. That is the crux of it,'' she said.

Not blessed with patience herself, she wanted to do it properly and ''not take forever.'' Attention to detail was key.

Get the ''gold standard'' in the likes of colostrum feeding and management, cleanliness, bedding and housing, and other things were ''just window dressing''.

Those in the district who were doing their calves really well were just prioritising them. ''They put them first ... and they get good results from it,'' she said.

In the 2015 season, Mrs Neal was involved, via the vet clinic, with a national colostrum study looking at whether calves got enough colostrum, and the quality of it.

Otago did ''abysmally'' and was the worst performer, with at around 35% of calves tested in the study not getting enough colostrum. Nationally, it was still poor at less than 50%.

Colostrum quality was also particularly low in Otago, which could be the result of many of factors, including nutritional or climatic. A lot of colostrum samples tested would not have been fit to feed to calves.

Colostrum was basically a free resource which the cow provided and it was of ''massive value'' to the calf. Farmers needed to do their very best to look after it and get it to the calf at the right time, Mrs Neal said.

There was a lot of good research that if calves did not get enough colostrum, they were 1.6 times more likely to get sick and twice as likely to die.

And it was a ''cheap thing''. So many solutions were not expensive but just required more attention to detail, she said.

When it came to stockmanship, there was an old saying ''more is missed by not looking than not knowing'' and that was very apt.

It was about opening your eyes and reacting to the staff - getting staff also motivated about ''seeing things'' and treating them early.

There was a lot of ''low hanging fruit'' with colostrum management, and encouraging people to collect calves earlier from the paddock, which was better for both cow and calf.

It was sometimes easy for farm staff to say something was too hard, and they could not fit it in, but that might lead to five hours of fixing sick calves, which could have been avoided if they had looked after colostrum better.

Communication was important and it was a team effort. It was awesome for everybody's farm staff to understand what the calf rearers were trying to achieve. Having a laugh and supporting each other was also important.

Making systems easy and efficient made the whole process enjoyable.

Come the end of the season, there was definitely a sense of satisfaction over ''thriving not surviving''.

Mrs Neal quipped she was a great fan of women who reared calves knowing how to use power tools.

''I've got skills I thought I'd never need to know; how to service a two-stroke petrol motor and join up plumbing ... and back a trailer.''

She wanted to work with the likes of meat processors and transport operators over the feedback loop for calves leaving properties and how to make that process better.

She had started a New Zealand Calf Rearing forum on Facebook.