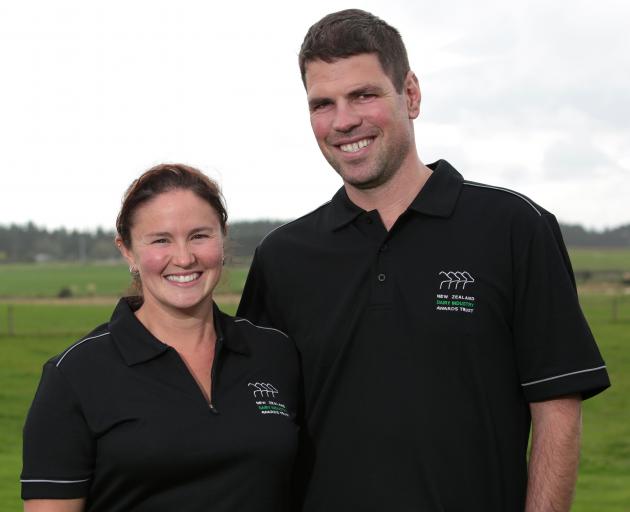 Mr and Mrs Bavin, now regional managers for Southland Otago in the New Zealand Dairy Industry Awards, won the regional title in 2015, which coincided with the dairy downturn starting ''to bite''.

But because they had entered the competition, and really evaluated their business and where it was going, that helped them get through the next two years.

''There's not many times in your life you pick up your business, throw it on the ground and rearrange it again. That's what we did,'' Mr Bavin said.

Had they not made the decision to enter the competition, then ''things could have been totally different'' for the Southland couple.

They scrutinised ''everything'' - from their spending to where they wanted to go in the future and it was also a great opportunity to meet new people.

The winners will progress to the national final where the overall winners will be announced at a function at Sky City in Auckland on May 6.

Mr Bavin was very pleased with the number of entries, saying it was another strong showing. They were also of a very high quality, which he attributed to several years of low milk prices.

''People have really sharpened up. It's definitely shown through this year with the progression and growth people have been achieving,'' he said.

Originally a ''townie'' from Wellington, Mr Bavin has been milking cows since 2000. He left school in year 12 and decided to go to Telford.

His brother had worked on a dairy farm in the Waikato and, during school holidays, he had enjoyed visiting him. He also did not particularly like town life.

He enjoyed his year at Telford, doing a certificate in agriculture and, from there, started his progression through the dairy industry.

Telford was a good experience to gain a practical base. Coming from an urban background, that was something that was lacking, as he did not know how to do the likes of fence knots.

He started milking at Clinton and, from there, moved to Kaitangata, Taieri and Tapanui. He and his wife were now 50:50 sharemilking 480 cows at Tussock Creek, near Winton.

He loved the industry, saying that passion even remained during the difficult times. He was unsure of what the future might hold, saying the main focus at the moment was on family. The couple have two children, aged 10 and 7.

Organising the regional competition was interesting and challenging but also very rewarding. It was one of the best competitions, he believed, as it was very well supported by sponsors and those involved, and also the ''go-getter'' attitude of contestants.

It was hoped to have more than 500 people attend the awards function and Bill Richardson Transport World was an ''absolutely amazing'' venue, he said.