'A cool bit of science' 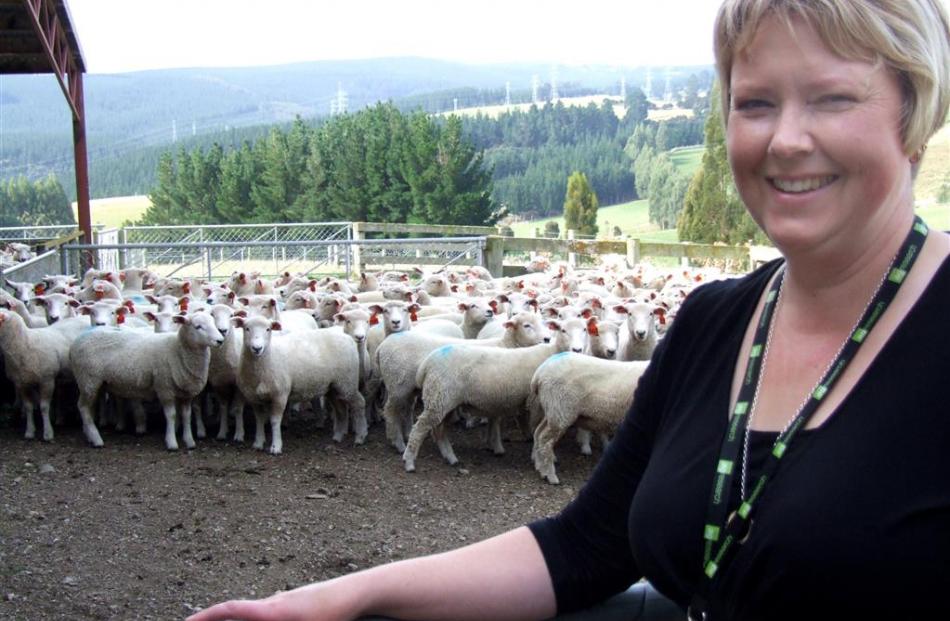 AgResearch scientist Sara Edwards is on a quest to help find out why the reproductive performance of hoggets is so poor.

Dr Edwards is reproduction team leader, based at Invermay, where a hogget trial has been conducted over two years at the research centre's farm, near Mosgiel.

Much work had been done to try to improve the efficiency of hogget lambing using management practices.

Hoggets produce about half the lambs mature ewes do but the underlying question remained as to what was going wrong, Dr Edwards said.

Some years, farmers had really good results with hogget lambing, other years it was variable.

Even if they were getting good results from their mature ewes, there were still "massive'' gaps in their hoggets' performance, she said.

Dr Edwards had early discussions with sheep husbandry expert Dr Paul Kenyon, of Massey University, who had done a lot of work on hogget fertility.

That, coupled with advice from fellow Invermay scientist Dr David Stevens, was the starting point for the research now under way.

Two groups of sheep, born over two years, were part of the trial.

Most were from Invermay's research flock, boosted by sheep from commercial farms.

They were mated as hoggets and then as two-tooths and their performance was compared.

Various measurements were taken that would be difficult to replicate on a commercial farm, such as whether they had attained puberty, what their ovulation rate was, and how many embryos survived to around day 35.

As two-tooths, the same things were measured, apart from puberty, so comparisons could be made.

Very close shepherding at lambing was done, with twice-daily checks, to record exactly what happened to every lamb.

Lambs were then followed through to weaning.

Hoggets had a lower ovulation rate than two-tooths, which affected the maximum number of lambs they could produce, so the reproductive performance was "low to begin with'', Dr Edwards said.

It was found a reasonable number of hoggets were not being mated, despite ovulating.

They were either not seeking the ram or not showing the characteristics of oestrus.

They also had a higher degree of fertilisation failure or embryo loss.

They had more embryo loss by day 35 but, from then on, no differences were found in pregnancy loss or lamb survival between the hoggets and the two-tooths.

Now they understood where the gaps were, the research team could look at ways to close them and that work was starting now.

She was excited by the project - "a cool bit of science that's relevant to New Zealand'' - and heaped praise on the team involved, which included "excellent'' technical staff.

Dr Edwards, who hails from the northwest of England, studied genetics, particularly human molecular genetics, at Manchester University, where she gained both a bachelor of science degree and a PhD.

She originally came to New Zealand "for a year'' and that was now 20 years ago.

She worked at the University of Otago for seven years, studying the p53 tumour suppressor gene, before deciding she wanted to use her skills in a "more New Zealand-relevant way''.

She got a job at Invermay as a postdoctoral scientist and was now a team leader, which was a half management, half science job.

There were now 21 staff in the team and five PhD students, most of whom were based in Hamilton, so the job involved regular travel.

Dr Edwards said improving reproductive efficiency in sheep was a subject that "spun her wheels''.

Regarding the next step, the team had some early data suggesting that increasing the ovulation rate using genetics could lead to more lambs being born.

They were also testing other methods of increasing the ovulation rate and were looking at ways to increase the number of animals that were mated, including studying ram behaviour and mob mating.

That would be the focus over the next few years.

The project was being funded by AgResearch core funding.

If they could get hogget reproduction to be more successful and predictable, then it changed the "whole economics'' behind hogget lambing, she said.