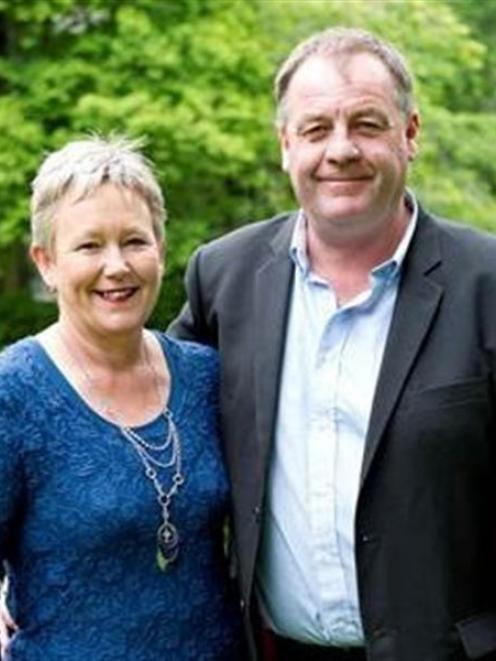 Sue and Mark Duffy. Photo supplied.
Dairying is likely be a regular topic of discussion in the Duffy household.

Husband and wife Mark and Sue Duffy work for artificial breeding company CRV Ambreed, which has a core business of dairy semen production and sales.

She has a team of eight field consultants and a services co-ordinator, along with seasonal contractors.

The couple, who have recently shifted from Gore to Oamaru, were enjoying a more central location for their work, as well as the North Otago district, Mr Duffy said.

While Mrs Duffy was originally from a dairy farm in the North Island and had spent most of her career in the dairy industry, her husband's background was as a stock agent.

Originally from Lochiel in Southland, people management was one of his strengths and he enjoyed dealing with ''all sorts of people''.

''A farmer is a farmer and a person is a person. That's how you handle it,'' he said.

He was involved with a very widespread range of dairy farming operations, from a ''one-man-band'' milking 400 cows, to huge operations with thousands of cows.

It was a very interesting job and travelling was ''part and parcel of it'', although the couple were doing a lot less than they used to.

The driver for moving to North Otago included the more central location and also it was from there through to North Canterbury where all the growth and development in the dairy industry was happening, he said.

Sport was a strong interest and the pair were looking forward to getting out on to local golf courses.

Mr Duffy worked a lot with Rugby Southland as a rugby referee and had already been ''collared'' to become involved in North Otago.

He has also been involved in cricket, with sons Jacob and Ryan both contracted Otago Volts players.