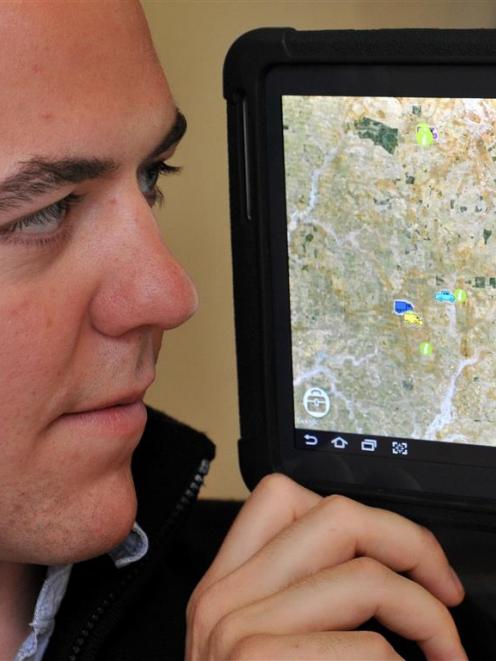 The business, which was created to help large-scale cropping farmers deal with logistical challenges during harvest, is one of eight start-ups selected to take part in the inaugural Sprout agritech business accelerator programme.

More than 60 applications were received for the inaugural year of the programme. The eight entrepreneurs behind the start-ups have received a cash investment of $20,000 and have begun a five-month accelerator programme, which is remotely delivered.

It will fly them to Palmerston North, Ashburton, Hamilton and Invercargill for mentoring from business and technical experts.

The programme will culminate in an opportunity to pitch for investment to a handpicked group of investors, business leaders and industry experts in March next year.

AgriTrack was the brainchild of Andrew Humphries, who came up with the idea of a software system to live-track farm vehicles while driving a tractor in Australia. He created the company in 2013.

Mr Humphries, who was brought up on a sheep and beef farm near Gore, was delighted to be selected for the Sprout programme, saying the business had reached the stage where help was needed to ‘‘get to the next point''.

He hoped that involvement would resolve some teething and growth issues. There were some ‘‘top people'' he would not usually have an opportunity to meet trying to help the businesses in the programme, he said.

AgriTrack was ‘‘doing things far differently'' to what farmers were used to doing with software. There were not many competitors because its product was ‘‘quite unique'', he said.

Nearly 200 vehicles in Australia were already being tracked and apart from New Zealand, the company had global plans, exporting to countries like the United States, Canada, Russia and expanding further in Australia. It needed to ensure products were tailored to suit each market, he said.

The involvement of Dunedin-based Tom Rivett, who was developing the software, had transformed the company, he said.

Sprout programme manager James Bell-Booth said the selection committee was impressed by AgriTrack's success to date. It had laid solid foundations and was seeing great results already, with very positive feedback from customers.