Dairy farms could save energy: study 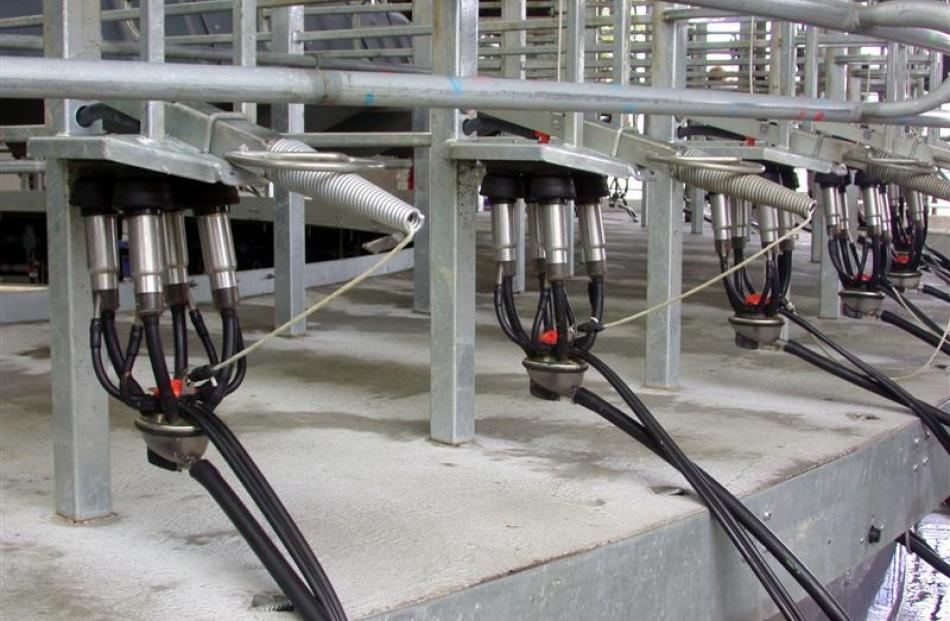 Dairy farms account for 2.3% of New Zealand's total electricity consumption and the average farm spends more than $14,000 on electricity a year. Photo from ODT files.

That was a 10% reduction and equivalent to the annual electricity use of about 7100 households. Individual farms could cut milking-shed electricity consumption by 16%, and a post-pilot survey showed 46% of farmers would adopt savings technologies if their costs could be recouped within three years.

Commissioned by the Ministry of Agriculture and Forestry, the Energy Efficiency and Conservation Authority (EECA) and Fonterra, the pilot was run across 150 dairy farms in the Waikato, Lower North Island, Canterbury and Otago-Southland in the 2010-11 season.

"Reducing consumption can have a considerable impact on farm costs as well as the greenhouse-gas emissions associated with energy generation."

The pilot found including irrigation, the average farm milking operation in the sample used 112,100kWh of electricity in the 2009-10 season.

Each participating farm received a comprehensive report with farm-specific energy-saving recommendations with paybacks of five years or less.

"We found that over 70% of the savings opportunities were related to water heating, although how those savings could be achieved varied from farm to farm.

"In some cases, changing to one hot wash of the milking plant each day was recommended. In others, pre-heating water with heat recovered from refrigeration plants or solar-water heating was a viable option," Mr Miller said.

It was encouraging that farmers in the pilot were quick to take up savings recommendations and 23% had already adopted at least one recommendation, saving an estimated annual total of 161,000kWh.

As 42% of pilot participants reported they would probably adopt recommendations in the next three years, savings from the audits could rise to 297,000kWh, he said.

With the pilot complete, Fonterra was now also acting on feedback that showed farmers would undertake an energy audit on-farm so long as the price was right.

As a result of the report, EECA has released a request for proposals to enhance electricity efficiency in New Zealand dairy sheds.