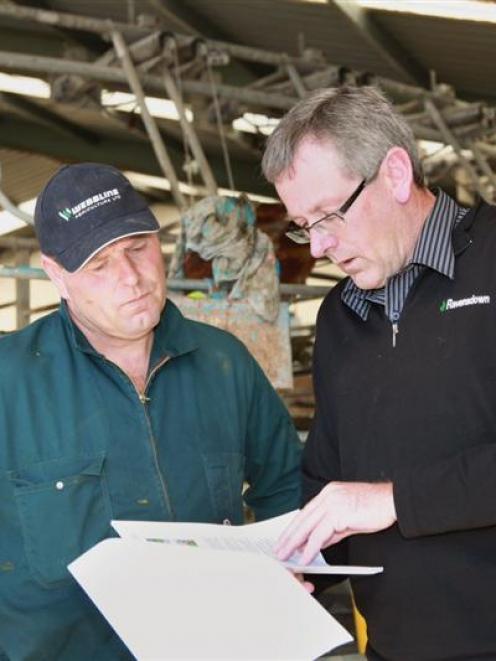 The fertiliser company has launched an environmental analysis and planning service, in the wake of increasing demands on farmers to meet environmental standards and regional regulatory requirements.

The adoption of stricter nutrient management regulations was being led by the Horizons Regional Council in the lower North Island, with Otago and Canterbury also nearing completion of recent plan changes.

Mr Crawford, who was previously a Ravensdown account manager based in South Otago, has worked in the rural sector for many years, including at farm supplies company RD1, as a tutor at Telford, and as a Maf farm adviser.

The established relationships he had with farmers in Otago and Southland would prove beneficial in his new role, he said.

It was ''hugely exciting'' to be involved in providing a service that farmers had never had access to before, and helping them at the ''cutting edge'' of mitigation to maintain productivity within the farming industry, but also to help lower the environmental footprint.

Ravensdown had been innovative and taken the ''bull by the horns'' in providing the service. With rising council expectations, farmers sought more than just a nutrient budget and fertiliser advice.

Each council was different and it was often very confusing for farmers. All were coming to the same end point - ''everybody wants quality water'' - but some were racing ahead and farmers were caught up in the whirlwind, he said.

Farmers could now get a service where the information was up to date with what the council was doing in their area, but there was also an overview of what councils were doing across the country.