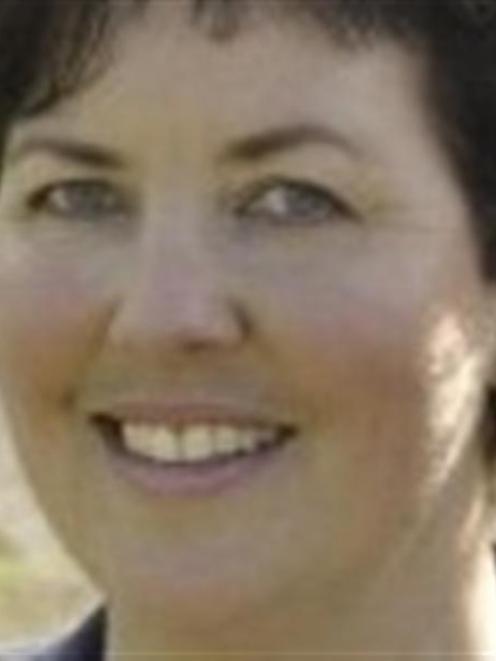 Sandra Faulkner.
When Sandra Faulkner was a young girl, her father gave her a valuable message - ''don't grizzle unless you're planning on getting involved''.

The Muriwai farmer is now chairwoman of the Wool Levy Group, which is behind next month's referendum seeking to reintroduce a wool levy.

''I guess it's never really been an option to sit back and let somebody else do it. You gain the right to comment for being involved,'' Mrs Faulkner said.

Voting closes on October 10 and she was ''nervously excited'' about the possibilities that could stem from the result.

Mrs Faulkner, who was in the South recently attending meetings, said she was confident the group had done the job it was chartered to do.

The word was ''certainly out'' and ultimately it would be up to growers to take the opportunity to vote the way they saw fit for their businesses.

''That's what we were charged with, giving them the opportunity. My greatest hope now is a really big number of them take the opportunity,'' she said.

The group had an opportunity to ''deconstruct what's gone before, put it all on the table, shear off - excuse the pun - what we don't need and put it back together in a way that reflects our industry today''.

Areas that required investment, not currently being covered, had been clearly identified.

Mrs Faulkner described her passion for wool as ''fairly genetic''. Her family were sheep farmers, firstly in the UK and then in New Zealand.

Her grandparents farmed through the wool booms, her parents were passionate wool growers and it was no different for her and her husband, she said.

They appreciated the input that wool made on their bottom line, with any shift in price directly affecting their profitability.

She had also been involved in producing wool across a range of microns, from ultrafine to strong crossbred.

Equally, wool had brought her some ''phenomenal opportunities'', including the Kellogg Rural Leaders programme and a Nuffield scholarship in 2012 which enabled her to study industry representation in natural fibre value chains.

It was time to get excited about wool, which ''ticked all of the boxes''. With man-made, oil-based fibres having captured the market, the environmental story of wool, along with its natural attributes, needed to be transmitted down the full length of the value chain to policy-makers and consumers alike.

A common theme she had heard from end-use retailers was a fundamental lack of understanding among their consumers about what wool was and where it came from.

''It sounds so simplistic, this need to explain the basics of wool, but we have assumed for too long that ''everyone knows what we do and what wool is''.

''The unpalatable truth is they don't. This needs to change,'' she said.

When it came to a levy, everyone acknowledged the mistakes of the past, with frivolous spending and questionable business decisions, Mrs Faulkner said.

''We can stare at our boots and bemoan the waste of money, loss of expertise and disrespect to those paying the money. We can continue to view wool as a by-product, that shearing is a necessary evil for animal health reasons, get rid of it off our farms and make it someone else's problem.

''Or the option is we can lift our heads and start looking to the future,'' she said.

Grower consensus would provide options, with one united voice which was supported by the entire industry, she said.#ed the input