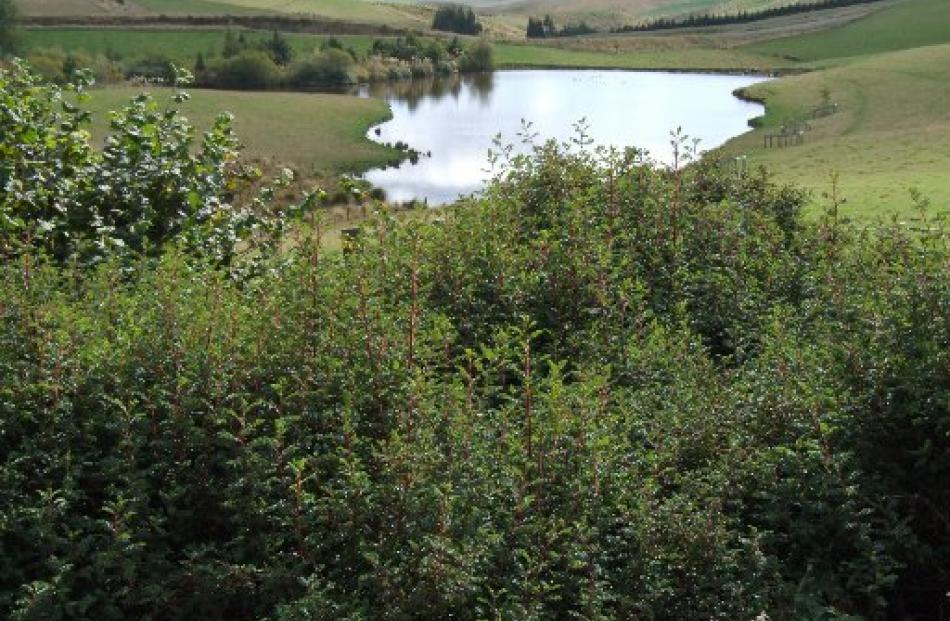 The spectacular vista from the Verterburn homestead. 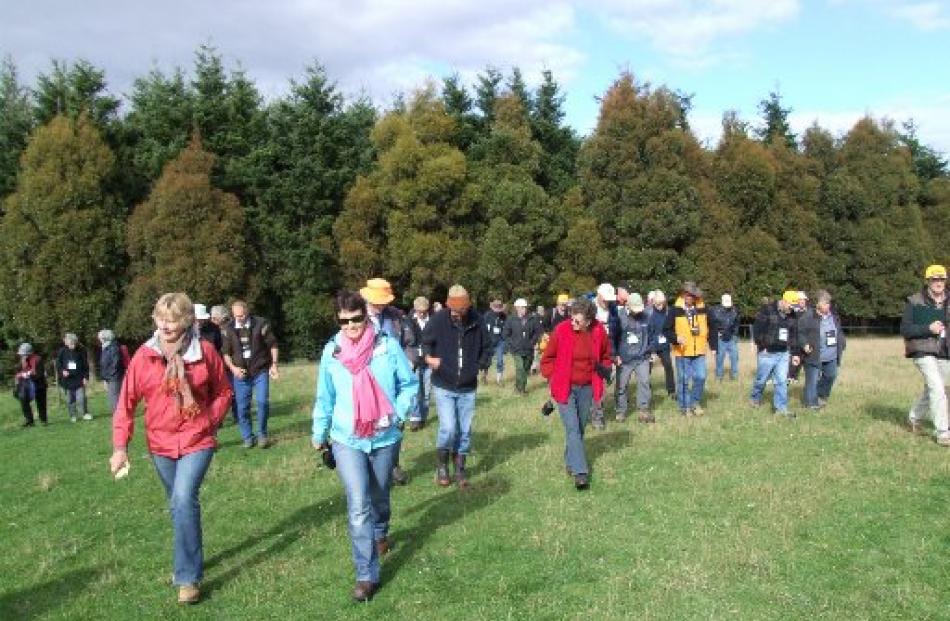 Some of those attending the conference after viewing a stand of Douglas fir on Verterburn. 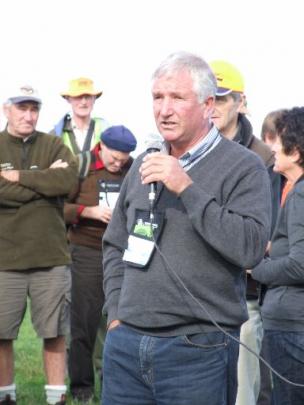 "You're my heroes." That is what Prof Henrik Moller, from the Centre for Sustainability: Agriculture, Food, Energy, Environment (CSAFE) at the University of Otago told those attending the New Zealand Farm Forestry Association's recent conference.

The 56th annual conference, which was hosted by the South and Mid Otago branches, was based at Telford, Balclutha.

With the theme Taking Care of Our Water, it included field trips to Mid Otago, Lawrence and South Otago.

If he was to think of one "absolute priority" for the country's production landscapes, it was "to get more woody vegetation out there", Prof Moller said, during a visit to the Reid family's property, Verterburn, near Mahinerangi.

If farmers could get more trees back in the "right places" in the landscape, then he believed they gave the country "an enormous gift in the longer-run".

He described Robert and Jill Reid and their son Andrew as "absolute visionaries".

Verterburn is a 1391ha sheep and beef breeding and finishing property carrying about 7500 stock units and with expansive views stretching from the Blue Mountains to the Kakanui Mountains.

Robert Reid decided "years ago" he would plant trees for shelter, not timber.

In 1953, his father, Ray, bought Verterburn, which was part of Greenbank Station.

Ray Reid ran the land as a large run block in association with his Taieri Plain farm.

When Robert and Jill Reid bought Verterburn in 1979, it was largely an undeveloped tussock block with about 80ha in pasture, few fences and no buildings.

The property, which borders Lake Mahinerangi to the south, ranges from 400m to 525m, with an annual average rainfall of 900mm.

Snow damage to trees and stock welfare were major considerations in the area.

Andrew Reid, who took over managing Verterburn 18 months ago, said his father always had a "pretty low cost farming system" which had "worked brilliantly" over the past 30 years.

He was now just making "a few little tweaks" to that while continuing to improve productivity.

He aimed to try to keep a reasonably low-input system while producing good stock.

Gorse was an ongoing problem and there had been a lot of hard work, on his parents' behalf, over the past three decades to keep the country clean "and it's a credit to them", he said.

Douglas fir was far more snow-tolerant and, to a degree, wind-firm than radiata pine, he said.

Prof Moller also spoke about Argos (Agriculture Research Group on Sustainability), a joint venture between the AgriBusiness Group, Lincoln University and the University of Otago.

It has a mandate to examine the environmental, social and economic sustainability of New Zealand farming systems.

Argos involved about 100 farming families - including the Reids - and was all about "capturing local knowledge", he said.

Forestry facts
- Otago's planted forests now stand at 124,700ha, or just over 7% of the national total. More than a third of that area has been added since 1991.
- A feature of the increase has been the investment in Douglas fir, which accounts for just over 6% of the national plantings but is 23% of the Otago resource.
- Just 71% is in radiata pine compared with almost 90% nationally.
- Clutha has most of Otago's forests, with almost two-thirds of all plantings, both corporate and private.
- Central Otago and Waitaki have seen major investment in forestry activity over the past 15 to 20 years.
- Central Otago forestry has grown on the back of Douglas fir development, with 45% of plantings in the district now in that type.