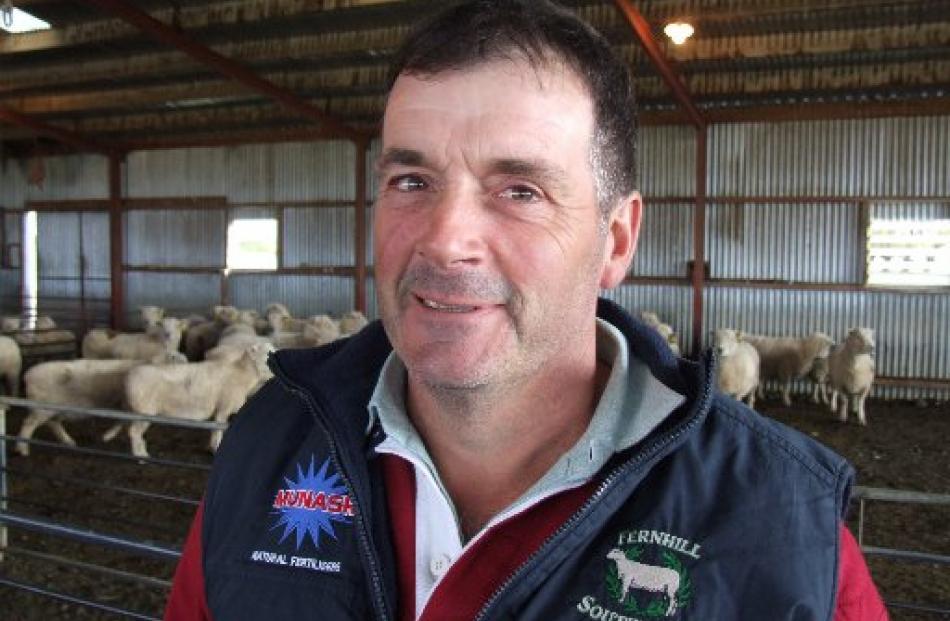 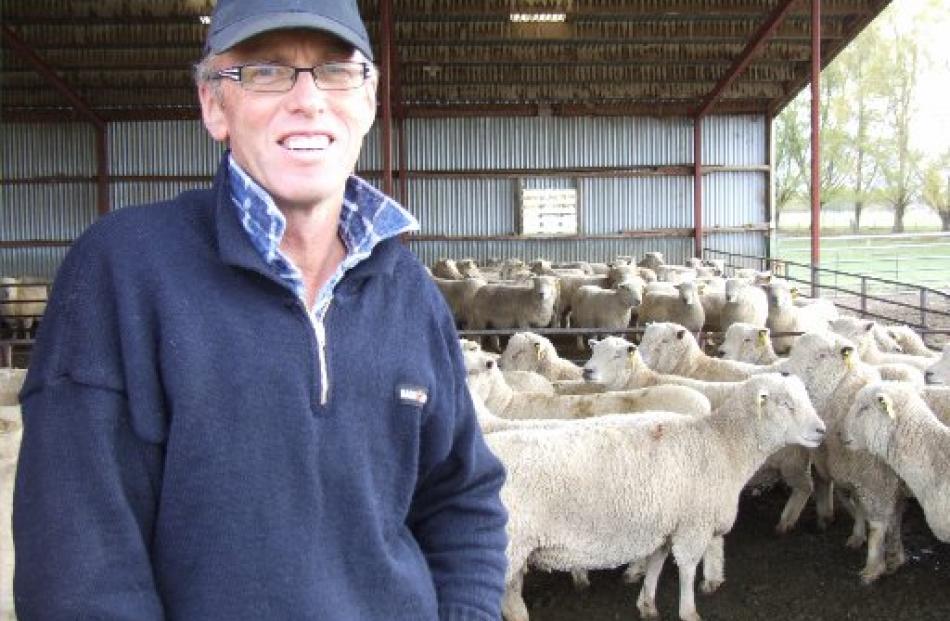 Omakau Southdown breeder Donny Maclean with some of the sheep on display during a New Zealand Southdown southern tour. Photos by Sally Rae.

The Maclean family, of Omakau, will next year mark 60 years of breeding Southdown sheep.

Bellfield was one of 11 properties visited during the New Zealand Southdown southern tour which was hosted in Otago and Southland last week.

The property is farmed by Donny and Cathy Maclean, their daughter Kate, and Mr Maclean's parents, Don and Win.

All five contributed to the running of the farm, with a small amount of casual labour employed for lamb marking and haymaking.

Bellfield was taken up in 1889 by Donny Maclean's great-great-grandfather, upon his arrival from the Orkney Islands.

The family landed at Port Chalmers, taking the train to Dunback and then walked to Omakau, a journey that took four days.

Mr Maclean's great-great-grandfather went blind on the ship on the way to New Zealand and so his two sons and a daughter led him by the hand on the long journey. The elder son broke his leg three miles from their destination.

With some additions to the original property over the years, the Maclean family now farms 890ha, of which half is under flood irrigation and the remainder is unirrigated.

As well as the Southdown stud, a South Suffolk stud was added in 1986 and a Dorset Down stud in 1992.

A lot of emphasis was placed on performance recording of the stud sheep, Donny Maclean said.

"We want to know that we are able to present our clients with as much information as they require about the sires we produce.

"They can go away happy in the knowledge that the rams they have purchased are proven to give them maximum returns for their farming business," he said.

About 45 people were on the tour, including some Australian visitors. Graeme Dehnert, from the Fernhill stud in Victoria, was on his first trip to New Zealand.

Last year, some New Zealand breeders visited his property as part of a tour and he decided it was an opportunity to catch up with people and see some sheep.

He is also returning in November for the Canterbury A and P Show.

Mr Dehnert has 180 stud ewes, along with a flock of commercial ewes, a cattle share-farming operation and some cropping on the 400ha property.

The Southdown stud was established by his father in 1930 and the breed was "in the blood".

Describing it as "go-ahead", he said there was a lot of potential, especially for breeding early lambs. Getting lambs away early was "money in the bank".

Ram sales had gone well this year and it was encouraging to see some new studs being established.

The first Southdown stud flock in New Zealand was founded in 1863.