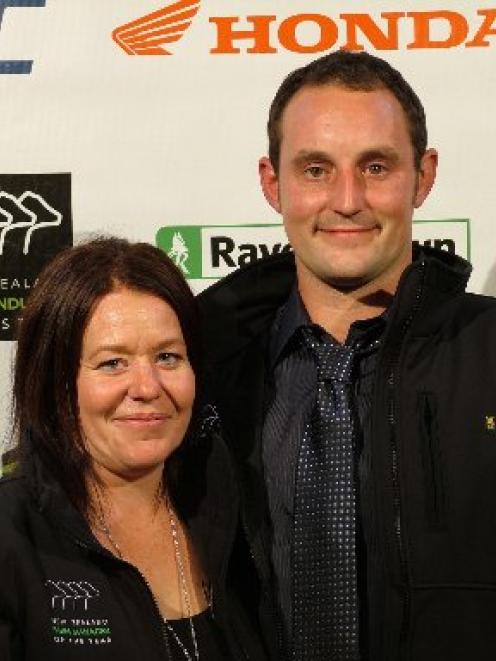 He did not want to be "stuck indoors" and chose dairy farming, after helping a friend herd testing one day "and just never left" the industry.

Mr Dawson and his wife Angela, who now manage a 560 cow 186ha property at Clinton, won the 2012 Otago Farm Manager of the Year title.

Neither Mr Dawson, who grew up in Gore, nor Mrs Dawson, who originally came from Taumarunui, came from farming backgrounds, which he believed gave a them different perspective.

They were coming into their fourth season working for Ian Roy. They had been fortunate every employer they had had over the years had been "really, really good".

For Mr Dawson, that was the main driver when moving to a new job.

The couple "never went somewhere for status, or getting a title or wages", rather they moved to work for an employer with a good reputation and where they would learn.

He "absolutely loved" his involvement in the dairy industry and there were rewards there if you put the work in, he said.

They did not want a property that was overly big, rather they would prefer one they could manage by themselves, with about 300 cows.

It was the second time the couple had entered the Dairy Industry Awards - they were runners-up last year.

Last year, they were contacted "at the last minute" and thought they might as well give it a go, get some experience and have a "good crack" this year, which proved a good move.

Mr Dawson encouraged others to enter, saying even if they had not won, it made them thoroughly examine their operation.