North Canterbury farmers are rallying together by sharing cow sheds and lending generators as they try to carry out the daily business of running their farms despite some suffering extensive damage from Monday morning's quake. 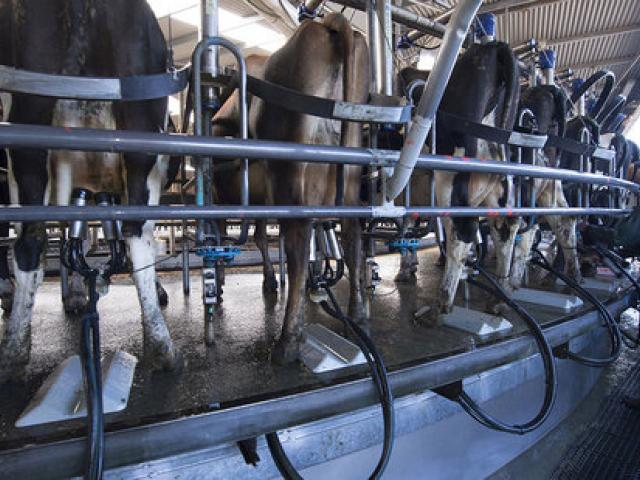 Culverden dairy farmer Justin Slattery said about half of Culverden, in north Canterbury, had lost power and he was still waiting for it to come back on at his farm.

Slattery had been using his neighbour's milking shed and was working around him, meaning his 520 cows got milked almost five hours late on Monday morning. He planned to return at 6pm if power had not returned to his property.

``It's got to be done. Especially at this time of year the cows are in peak production. So you just have to keep milking them.

Slattery did not have a generator so was also borrowing a paddock with a trough so he could get water to his stock.

``Everyone is pitching in. Farmers are being bloody generous actually and pitching in, sharing generators and helping out where is needed.

``It's a bit scary. I actually thought there would be more damage to be honest. The cow shed seems to be fine.''

Slattery said the cows were outside the bedroom when the quake hit and were going crazy.

``They were just moaning and groaning and while everything was rocking and rolling they were going crazy. It was strange actually - an eerie feeling.''

He said it was the biggest quake he had felt and it was scary for him and his family.

Slattery had also heard of milk silos falling over and at least three rotary cow sheds had come off the rollers in the Culverden area so were out of action until an experienced engineering firm could assist.

Sam Smith, who lives on a dairy farm at Culverden, said he had been lucky to have little damage at his house or farm, but knew of several others with significant damage.

``A lot of platforms that cows stand on have been smashed so [farmers] can't milk their cows which is a massive problem. Their sheds are just about condemned.''

Smith has a friend on a farm at Waiau whose house and dairy sheds were wrecked. ``They're absolutely totalled. There's liquefaction everywhere as well which is kind of crazy.''

Smith still hasn't been able to get in touch with his grandparents who lived at Kaikoura.

North Canterbury Federated Farmers dairy chairperson Michael Woodward said the community was rallying together and farmers in unaffected areas had leant three generators, which he was taking to Culverden.

Farmers were also sharing cow sheds and relying on generators.

Woodward said the biggest issues facing farmers were the lack of power and stock water, while Rotherham and Waiau farms had no way of getting milk picked up as there was no access to the areas due to damaged bridges.

Milk would have to be disposed of on the land if it could not get picked up, he said.

Fonterra Cooperative Group, the world's biggest dairy exporter, says Monday's earthquake in north Canterbury did not cause any major damage to its manufacturing sites, with all staff safe.

However, it expects disruption to milk collection.

"We're doing our best to reach everyone who is due for collection immediately. With power out and phone lines down in some areas, that includes putting Farm Source teams on the road to go door to door to try to update those farmers with the latest information," he said.

About 30 farms in the Kaikoura region may not have milk collected due to the state of the roads, while others may have late collections as routes are altered, he said.

Fonterra previously operated a factory in the town of Kaikoura, close to where the earthquake struck but shut the site earlier this year.

NZX-listed dairy group Synlait Milk has also told the market that it is operating as usual. In a statement, it said some of its suppliers were in the affected areas, and that it was working with them to manage any disruptions. It did not expect the impact of this to be "significant".