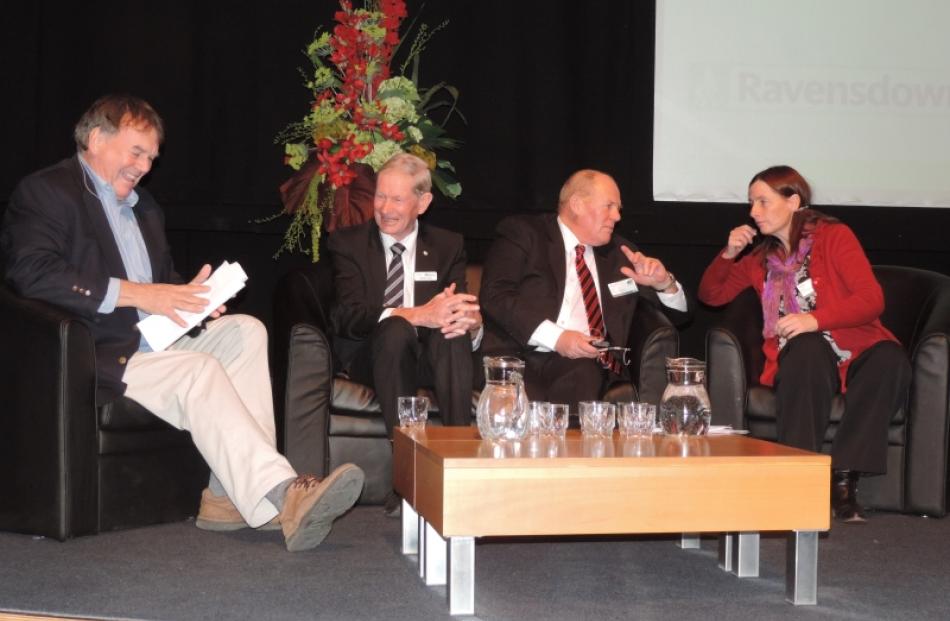 Every farmer needs to get out and vote at this year's local body elections, a Federated Farmers board member says.

Local government spokeswoman Katie Milne urged delegates at the federation's national conference in Ashburton last week: ''Take an interest and vote'' when they have the opportunity.

The federation was compiling a manifesto for intending candidates and was ''unrelenting'' in its campaign for changes to the way rates are levied.

Mrs Milne said the traditional rates system based on property values was ''archaic''. She was pleased to see the Gisborne and Waitaki councils working hard to address anomalies in their rating methods.

The federation made submissions to 68 council annual plans this year, but has no national position on local body amalgamations. That would be left to local areas, she said.

She was concerned about ''financial blow-outs at many councils'' and what appeared to be ''an appetite for spending in the local government sector''.

Ashburton District Mayor Angus McKay said the federation was right to be concerned about rates, which are a tax.

The council had four main sources of income: fees and charges, government funding, investment income, and rates. Many who questioned whether councils should have investments also bemoaned high rates.

''One offsets the other,'' Mr McKay said.

Rates made up just over half the Ashburton council's annual income. Mr McKay said he ''had sympathy'' for the federation's view that property value was a poor indicator of ability to pay, but local government was not allowed to levy rates according to income.

''As mayor and a farmer, I believe I am qualified to comment.''

Councils considered complex equations that would result in some people thinking it was unfair, he said.

Selwyn District Mayor Kelvin Coe said some rates increases were imposed by the Government. He did not think proposed reforms would ''make much difference to what we do'', although he conceded that reorganisations had been worthwhile.

Mr Coe wanted new financial prudence in the reforms to recognise special circumstances. The Selwyn District now had large borrowings because of people moving out of Christchurch after the earthquakes.

He believed developers should pay for extensions to water and wastewater infrastructure.

The Crown paid for 47% of the district's roading costs, but had not accepted all its planned maintenance. Mr Coe would rather see a slowdown in roads of national significance so the district could look after its own network, including roads leading to the new Darfield milk factory.

Canterbury Employers' Chamber of Commerce chief executive Peter Townsend said it was fundamentally flawed to expect councillors to spend all their time on council matters, because they lost touch with the community. They should spend 15% of their time on council business and employ managers to deliver the rest.