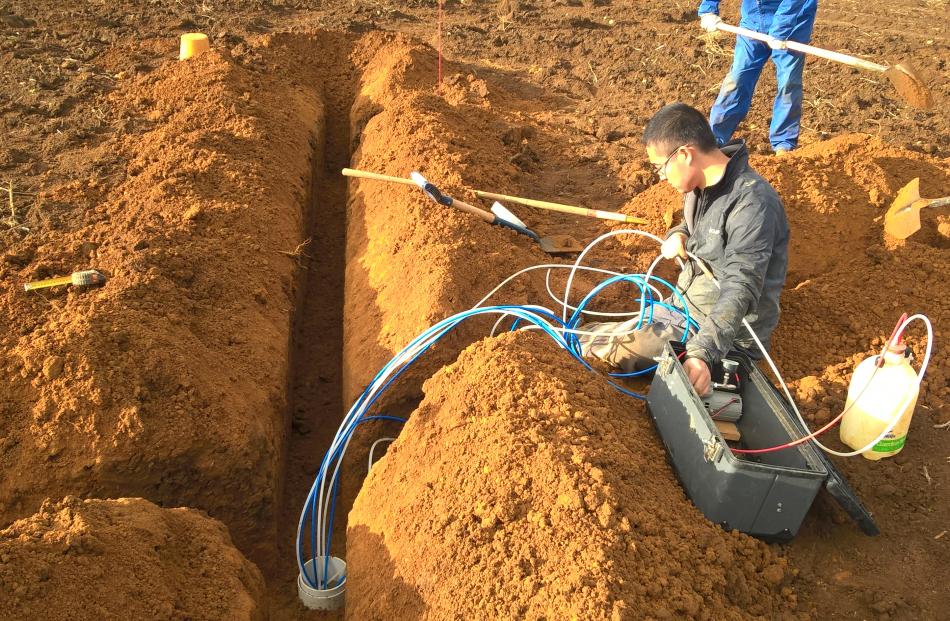 A Plant and Food researcher installs a flux meter as part of the Foundation for Arable Research nutrient-loss data-collection project. Photos: Supplied 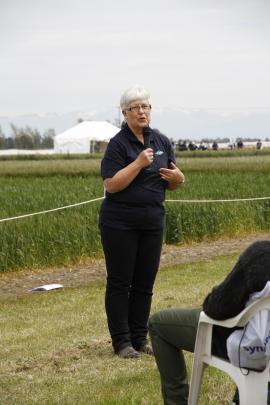 Information on nutrient losses from the Foundation for Arable Research's (Far) flux-meter data-collection project will have applications for Otago and Southland arable farmers.

Far heard earlier this month it had been given $485,168 for its ''Protecting our groundwater: measuring and managing diffuse nutrient losses from cropping systems'' project from the Ministry for the Environment's Freshwater Improvement Fund.

The $1million project has been under way for three years in partnership with HortNZ, Ravensdown, five regional councils and Plant and Food Research. The balance of funding comes from industry and regional council partners.

Plant and Food Research collects, manages and analyses the data.

Although the meters were on farms in Canterbury, Hawke's Bay, Manawatu, south Auckland and Waikato, the information collected would be useful for southern farmers, she said.

''We were funded for three years through the Sustainable Farming Fund to put in flux meters under cropping rotations,'' Ms Mathers said.

''They are buried one metre below the surface under crops and are collecting data on drainage volumes and measuring nutrient losses.

''We are now at the stage of starting to get some useful information.

''We had to have a decent run of data to see what the patterns are.

''A lot of the results are not necessarily region-specific and we will be looking at them and thinking, how does that apply to other regions?''

She said analysing the data would provide insights into where farmers could improve their farming systems and look at what they do and do not have control over, like the weather.

''In the first three years [of the project] the East Coast, Canterbury and Hawke's Bay had very dry years, so there was not a lot of drainage and we did not get a lot of information.''

She said the information from the farms would be used as case studies for the wider industry and would be released about the middle of next year.

''The information will filter down to the regions where we haven't got sites.''

The information would also be of use when farmers were dealing with regional councils.

''Some of our host farmers who have had low losses are asking, how can this be useful in the regulatory space.''

She said the measurements might be used instead of using the Overseer model.

''This discussion is only just starting to happen.''

Ms Mathers said Far might look at installing a flux meter on a Southland farm in the future.