Fonterra has big plans for China 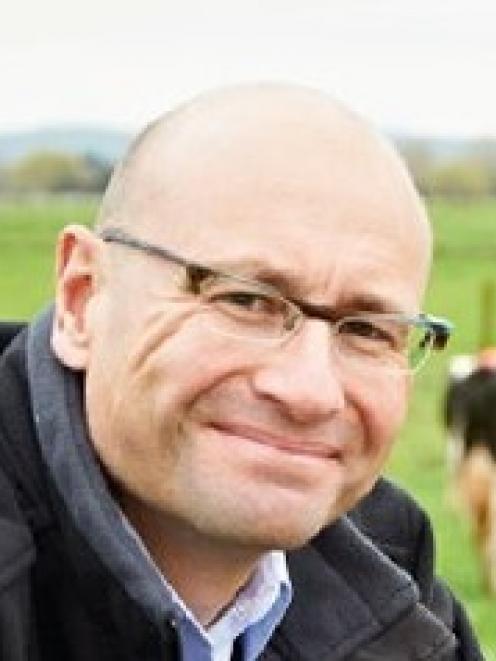 Kelvin Wickham, Fonterra president of Fonterra Greater China and India.
Fonterra Co-operative Group has played down the implications of the whey contamination scare as it pushes ahead with a plan to double its milk production in China.

Although the world's largest milk exporter identified some shortcomings in processes during the review, the co-operative says its staff on most occasions acted conscientiously on new information, and generally sought to do the right thing.

Fonterra appears to have overlooked the damage done to New Zealand's reputation around the world as news of the possible contamination spread through global media.

One senior staff member resigned and others were stood down pending the review. But Fonterra stood by its staff in the review conclusion.

The recommendations included at the end of the report should already be standard practice.

The co-operative says its quality and care systems in its manufacturing and testing are robust, and underpin its reputation for leadership in the global dairy trade.

''This is not to overlook the identified lapses in information flows, and failures to escalate the issues, but it is to not overlook that despite the harsh stresses of this event, Fonterra's staff, along with the business processes and systems, proved generally resilient and able to improve and learn.''

Fonterra initiated a recall of 38 tonnes of its whey protein concentrate ingredient (WPC80) on August 2.

The decision was based on the results of independent testing Fonterra commissioned from AgResearch which concluded the likely presence of Clostridium botulinum in bacteria sourced from product containing the whey protein concentrate.

Subsequent independent testing by the Ministry for Primary Industries on August 28 definitively confirmed the clostridia was Clostridium sporogenes, which is harmless.

Fonterra chief executive Theo Spierings commissioned an operational review to enable the co-operative to evaluate how the business handled the incident.

In a press release on the same day the review was released, Fonterra said it planned to develop five 3000-cow farms in Ying County, doubling its Chinese milk production to an annual 300 million litres.

In the release, Fonterra talked about continuing to import into China its ''high quality'' finished dairy products. Fonterra was looking for partners in the development, in the second step towards producing an annual 1 billion litres of milk in China by the end of the decade.

''This is a key part of our strategy to become a more integrated dairy business in China and to contribute to the growth and development of the local Chinese dairy industry,'' Kelvin Wickham, Fonterra president of Fonterra Greater China and India, said.

''Having secured the right location in the Shanxi province, we are now able to approach potential strategic partners.''

Fonterra had been boosting its exposure to Asian markets and China in particular as it looked to cash in on an increasingly wealthy population with growing demand for protein.

The Ying County hub was expected to be in production in the second half of 2014.

Last year, Fonterra ramped up its investment in China's Hebei Province, signalling it would spend $100 million on adding two more farms in the first of its hubs.

Other findings of the review included the co-operative saying the transparency of information, internally and externally - despite lapses in information sharing and escalation noted in the review's findings - and commitment to public safety were reflected throughout the event.