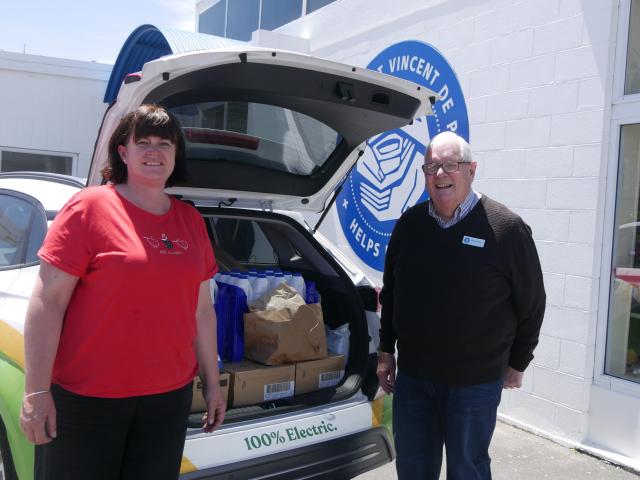 This time of year brings out the cheesier side of people.

Fonterra is picked to deliver a flat half-year result on Wednesday.

A proposal to slash the size of the Fonterra board from 13 to nine came in for hot debate by shareholders at the co-operative's annual meeting yesterday in the small Waikato town of Waitoa.

Fonterra Co-operative Group, the world's largest dairy exporter, has set targets of becoming the No1 dairy player in China and doubling its business in the country to $10 billion within the next five years.

An improved financial performance has led Fonterra to lift its forecast earnings-per-share range by 5c to 45c-55c, as it continues to cut costs.

Dairy giant Fonterra says its net profit after tax came to $506 million in the year to July 31, up 183% from the previous year's profit, and has raised its forecast payout for the current season.
Applications have opened for cash strapped Fonterra shareholders to apply for an interest free loan to help deal with the tough financial climate.

Otago dairy farmer Greg Kirkwood has been elected deputy chairman of the Fonterra Shareholders Council.
For a long time, dairy co-operative Fonterra was regarded as the shining light of the New Zealand economy.

Fonterra has cut its forecast farmgate milk price for the current season to $4.50 a kg of milk solids from $4.70 because of volatility in world markets caused by oversupply, with much of it coming from New Zealand.
Fonterra says it has cut its milk volume forecast for the 2014-15 season to 1,532 million kg of milksolids, reflecting the impact of dry weather on production in recent weeks.
Fonterra's New Zealand collection is 4% higher for the season to date but the dairy co-operative issued a warning about the effect dry conditions were having on the east coast of the South Island.

Independent Mid Canterbury dairy company Synlait increased lifted its profit 70% to almost $20 million for the full year, meeting its downgraded profit forecast made in May.
Fonterra has retained its fourth placing in Rabobank's latest survey of the world's top 20 dairy companies.

The New Zealand Markets Disciplinary Tribunal has fined Fonterra $150,000 for breaching continuous disclosure requirements to the NZX during the dairy manufacturer and exporter's botulism false alarm last August.
Applications are open for Fonterra farmers to lock in a price for a percentage of their milk for the 2014-15 season.

Fonterra's forthcoming first-half financial result will come under close scrutiny this week from analysts and farmers alike, including expectation of a revision in financial guidance.
Fonterra said it had accepted charges laid against it by the Ministry for Primary Industries (MPI) over events that led to last year's precautionary market recall of whey protein concentrate.