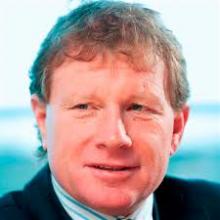 John Wilson
Dairy giant Fonterra says its net profit after tax came to $506 million in the year to July 31, up 183% from the previous year's profit, and has raised its forecast payout for the current season.

The New Zealand company's "normalised" earnings before interest and tax (EBIT) came to $974m, up 94% It said it would pay a final dividend of 25 cents per share - in the middle of its forecast range.

Fonterra stuck with its 2014/5 farmgate milk price of $4.40 per kilogram of milksolids which, together with the dividend, takes the final cash payout to $4.65 compared with $8.50 a kg in the previous year.

The co-operative said the forecast total payout for the current season was $5.00 to $5.10 per kg.

The forecast total available payout for the 2015/6 was forecast at $5.00 to $5.10 per kg, comprising the farmgate milk price and a forecast earnings per share in a 40c to 50c range.

"While there are signs that supply growth globally is easing, a lift in demand, which is needed for prices to continue to rise, is still to come," Wilson said.

Fonterra also revised down its production forecasts for the current season.

"We are five percent behind last season to date and are currently tracking five per cent down on last season on a weekly basis," he said in a statement.

"Farmers are responding to the tough economic conditions and with cow numbers down, less supplements being fed and challenging weather conditions for much of the country, we now expect production to be down by more than five percent for the season."