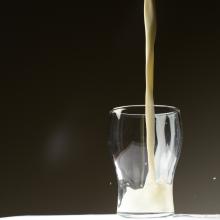 The result will be exclusive of paying $183million in damages to French food giant Danone and potentially writing down the value of its share in Chinese infant formula distributor Beingmate.

The predicament of Fonterra's controversial $755million stake in Beingmate is likely to come under fierce scrutiny by brokers, given Beingmate's repeated annual losses and share price decline on the Chinese stock exchange.

A potential Beingmate asset value writedown of more than $350 million has been suggested by one broker.

Forsyth Barr broker Damian Foster said he expected a"relatively flat'' underlying after tax profit for Fonterra, as growth in its value-added volumes was offset by a higher cost of milk.

"The combination of damages payments due to Danone and a likely Beingmate writedown will weigh on the actual profitability and balance sheet,'' Mr Foster said of the result, due on Wednesday.

The worst-case scenario for Fonterra over the Danone issue had been speculation of a payment of up to $1billion, but most analysts picked the compensation would be $200million or less.

"There is the potential there for [asset value] writedowns,'' he said of the Beingmate stake.

He also highlighted some ``residual risk'', not only in the $183million compensation to Danone, but that Danone could yet seek further compensation in New Zealand courts.

"Danone may not be finished yet,'' Mr McIntyre said.

He also expected recent weather related events could affect Fonterra's result. Milk production and collection in January were both down, 5% and 8% respectively.

Revenue for Fonterra's first-half trading is estimated to climb 12% from $9.24billion a year ago to $10.36billion, earnings before interest and tax, not including Danone or Beingmate, would rise 2% to $619million and underlying after-tax profit was expected to be down 1% to $371million, the Forsyth Barr research predicted.

In March 2015, Fonterra bought an 18.8% stake in Beingmate for $755million, and has an Australian joint venture with Beingmate, making infant formula.

In late January this year Beingmate issued an earnings downgrade forecast for its year to December, predicting a loss in a range of $171million to $214million, more than doubling the loss it forecast last October.

The Danone incident arose in August 2013, when Fonterra issued precautionary recall advice to some customers who had been supplied with its WPC80 ingredient and products containing WPC80, but it was later confirmed there was no public food safety risk.

Fonterra was later ordered to pay $183million compensation to Danone.

Mr Foster said the result would be a "Beingmate reality check''.

He estimated first-half 2018 underlying ebit for Fonterra would be $619million, ``broadly flat'' on a year ago, and also excluding the $183million Danone damages, and impact from any writedown of Beingmate. 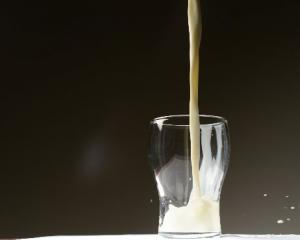 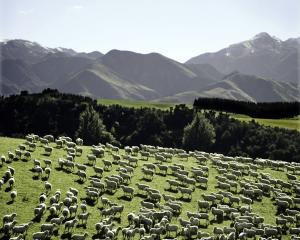