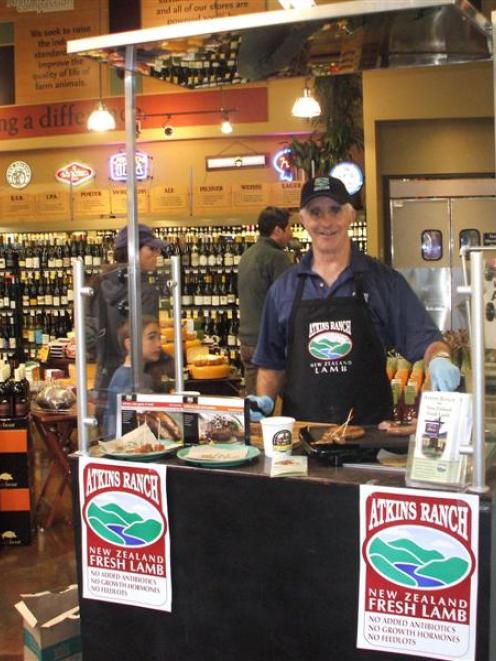 The couple, who farm at Glenavy, recently returned from a trip to the United States, which was organised through Lean Meats Ltd.

As part of the company's marketing and promotions strategy, farmer suppliers regularly visit the US to meet customers.

The McCullochs, along with Bill Clement, from Lean Meats, and his wife, Karen, from Oamaru, laid on cooking demonstrations in Whole Foods - a supermarket chain with more than 300 upmarket stores throughout the US. 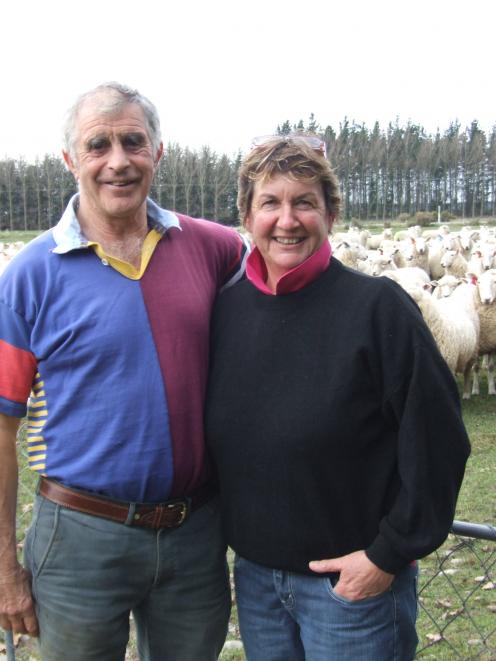 Digger and Lynn McCulloch on their Glenavy farm. Photo by Sally Rae.
Customers were given the message the lambs were all grass-fed and got no added antibiotics or growth hormones, and that was the sort of lamb the American customers wanted, Mrs McCulloch said.

"They were prepared to pay extra, knowing the story, I guess," she said.

People were genuinely interested and "more than happy" to taste the lamb. The cooking aromas helped draw people to the demonstrations.

The greatest compliment Mrs McCulloch received was from a man who said he could have eaten the meat without his teeth, which showed how tender it was.

They also pointed out the butchers in the supermarket and how they could give customers exactly the cut of meat they wanted.

The couple described the experience as "fabulous", saying the concept was a great idea.

They logged eight days of cooking demonstrations, in four-hour stints.

Some people said they had not tasted lamb since their grandmother cooked it and it seemed to "re-excite" their brain, Mr Clement said.

Mr Clement also enjoyed the experience, saying it was interesting for him, as the buyer of the stock from the farmers, to see the other end of the process and to engage with customers.

Mr McCulloch, who has been farming for more than 40 years and is a third-generation farmer on the 284ha property, has always been passionate about breeding sheep.

The couple run about 2000 ewes, including Border Leicester and Texel studs, about 500 hoggets and 150 cattle.

Although their farm was now surrounded by dairy farms, Mr McCulloch said he had stuck with sheep because he liked them - "as simple as that".

A past president of the New Zealand Sheepbreeders Association, he always wanted to have his own sheep studs when he was a young boy - "it's just one of those passions you have" - and he enjoyed the contact with people he had met through his involvement with stud-breeding.

As sheep numbers decreased, it was obvious the situation would change, but the monetary gain had come quicker than most farmers thought, the couple said.

Mr McCulloch was still optimistic about the future of the industry, saying from what the couple saw in the US "it'll be our own fault if we stuff it up".

The couple recently won the Lean Meats' South Island Supplier of the Year award for the third time.

Mr McCulloch said his wife played an integral part on the farm, while their four adult children all maintained a strong interest in it.

Lean Meats chief executive Richard Thorp said the US visits were a long-standing and successful initiative and the company was grateful for the support of Beef and Lamb NZ.

Not only did the company get "fantastic" engagement from suppliers but its key customer, Whole Foods, believed it was "outstanding" having New Zealand farmers selling and marketing lamb in its stores.

"They can't get enough of it."