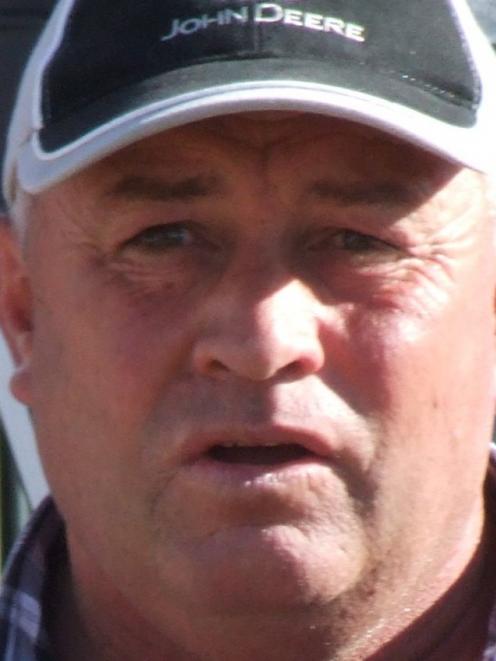 Dave Ellis
''You wouldn't get a better landscape. Green is as much a part of it as the tawny brown landscape in the background. What are they worrying about? It fits in.''

That was the comment of High Country Accord chairman Jonathan Wallis, after viewing the result of irrigation development on Tara Hills at Omarama.

The contrast between the green, irrigated flats of the property and the surrounding brown hills was vivid.

The 3400ha station, best known as a research property, was bought by Dave Ellis two years ago.

As he has dairy farm operations in the Rangitata and Waimate areas and milks 1500 cows at Omarama, he needed support ground for young stock and rising 2-year-old heifers.

Land around Canterbury was too expensive and he chose to invest in the Omarama area.

Originally, there was 170ha with border-dyke irrigation and the previous owners, the Patterson family, had put in two pivot irrigators.

He decided to take the border-dykes out, apply for consent to extend the irrigation, and now had 600ha under pivot irrigation.

He was drawn to the Omarama area after seeing what pioneering dairy farmer Doug McIntyre was doing on his property, between Omarama and Twizel.

Mr Ellis bought The Glens, a property near Omarama, with the vision of converting it to dairy.

It took two years to do that and he estimated there was between $5 million and $6 million in lost production during that time.

The process could be very frustrating and he felt for fellow farmer Kees Zeestraten, unsuccessful so far in his attempts to irrigate his Omarama property, and what he was going through.

It was evident what could be achieved with water, while the environment was also looked after and mitigation rules applied. Having a ''big dust bowl'' did not make sense, Mr Ellis said.

Mr Ellis was involved in a water user group which has been formed to look after water quality in the Omarama Scheme.

''They think it's wonderful. Sometimes I wonder just who are we satisfying by these strict landscape standards,'' Mr Gloag said.