Interest in merino born in childhood 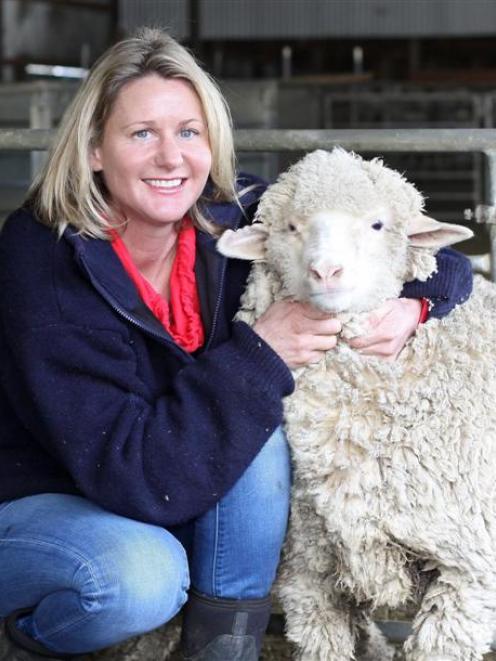 She and her five siblings were all involved in daily station life, including working with sheep, on the property on the western shores of Lake Wakatipu.

While she once had plans to complete an arts degree and eventually become a journalist, she had a change of heart and has forged a successful career in the merino industry.

After leaving school, Miss Rive worked as a shepherd, firstly at Fairlie and then in Tasmania, before heading to the Riverina region in New South Wales.

She worked on a mobile crutching plant for several years and became particularly interested in merino breeding.

That was followed by several years in Melbourne, where she completed an associate diploma in applied science in wool and fibre marketing, and also gained her wool-classing certificate.

It was when she got a job as stud overseer at Woodpark merino stud in the Riverina that her interest "really took off". Her boss, Owen Huggins, was a "great sheep breeder and great thinker".

She was there for about three years and was involved in all aspects of merino breeding. The property had both polled and horned merino studs, with a "huge" client base.

Then along came scientist Dr Jim Watts, a research veterinarian who specialised in skin and fleece biology.

He began advocating a different selection method known as SRS, which was very controversial.

She then worked on the Lorelmo stud, near Walcha, where Dr Watts' selection method was used.

On a trip home to New Zealand, she happened to call in at Nine Mile Station, the home of Gordon and Spin Lucas, at Tarras.

Mr Lucas had a mob of ewes in the yards and he asked her how she would select them. They ended up forming a stud by selecting several hundred ewes and, the following year, she helped do the same at Timburn Station.

The aim was to breed sheep with super-fine wool and higher fertility, and that was being achieved. Rams had been sold out on both properties.

She did not stick to the SRS method of selection, but used a mixture of her own methods, as well as using breeding figures.

The trip was funded by the Gordon McMaster Trust and the 26 days spent there were a "full-on" but amazing experience, she said.

Mr Pienaar, who won the South African farmer of the year title in 1985, visited merino breeders throughout the South Island in 2009, urging them to focus on optimising productivity.

The Pienaar family's Mega Merinos stud has won a host of major awards and topped wool and ram sales.

South African growers were extremely passionate about merinos, which were very much a dual-purpose sheep. They had struck a good balance between carcass, fertility and wool, she said.

The biggest message she picked up was if you went too far one way, then you would have shortcomings in other areas.

She described Mr Pienaar as an incredible marketer, breeder and visionary: "He can see what is going to happen way before and have his sheep ready for the next hurdle."

He had "completely transformed" his sheep and "whipped all the skin" off them, breeding out excess skin.

Miss Rive and Mr Anderson also visited top cattle, ostrich and dairy farming properties in South Africa. She recommended others apply for the scholarship, which is offered every two years.

Miss Rive now lives at Willowbank, another property owned by Mr and Mrs Lucas at Tarras, where she looks after the fattening hoggets and a few ewes and cattle, while also doing sheep-classing.

This month, she is attending the Australian Sheep and Wool Show in Bendigo.

She was passionate about stud sheep breeding - "I'm happy to look at sheep all day long" - and enjoyed at least an annual trip to Australia to view sheep.

She was unfazed about working in a largely male-dominated industry.

"I don't even think about it," she said.