A $240 million mozzarella plant development at the South Canterbury site is under way, creating full-time employment for a further 100 people.

There was a ``fantastic'' response to the recent recruitment day, with between about 1500 and 2000 people attending. That led to about 700-odd applications for the roles, operations manager Steve McKnight said.

The mozzarella plant, the third at Clandeboye, was the single largest food service investment in the history of New Zealand's dairy industry.

It would double Fonterra's capacity to produce individually quick-frozen mozzarella (IQF) cheeses and also make the site the largest producer of natural mozzarella in the southern hemisphere.

Once the expansion was completed, Fonterra's mozzarella sales would have increased by more than 60% since 2008, when the first IQF plant was built. 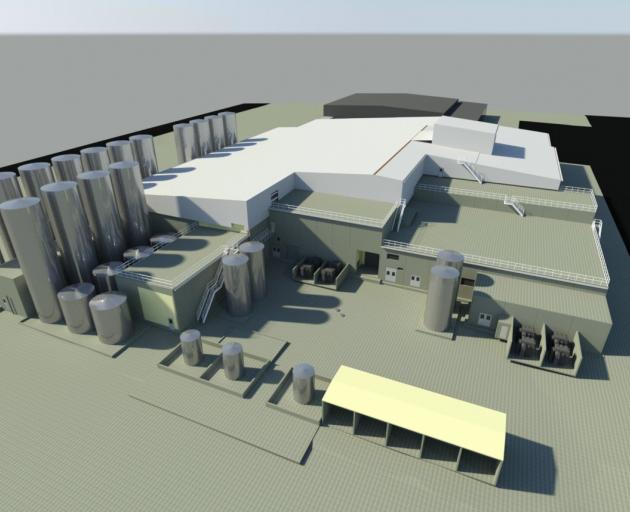 An architect's model of the new mozzarella plant at Fonterra's Clandeboye site. IMAGE: FONTERRA
Clandeboye employed 865 staff, who came from as far afield as Oamaru and Ashburton, and inland to Twizel. The plant had a ``massive'' impact on the local economy, Mr McKnight said.

The additional 100 positions potentially meant an influx of about 400 people into South Canterbury, as families moved to the region, and the subsequent flow-on effects, including schools and accommodation. It was very exciting to be able to offer that to a community, he said.

It was all coming from of mozzarella, one of the highest value stream returns that Fonterra had.

It was a ``tangible piece of evidence'' of what Fonterra was doing to add value to whole milk, he said.

Work began in November with site preparations for the plant and at the moment tilt slab walls were being erected.

Everything was on track to get the first milk to the plant in April 2018, and commercial manufacturing by September next year, he said.

The plant used patented technology to produce natural mozzarella without using chemicals in the production process.

The innovation behind IQF mozzarella reduced the processing time from three months to just six hours.