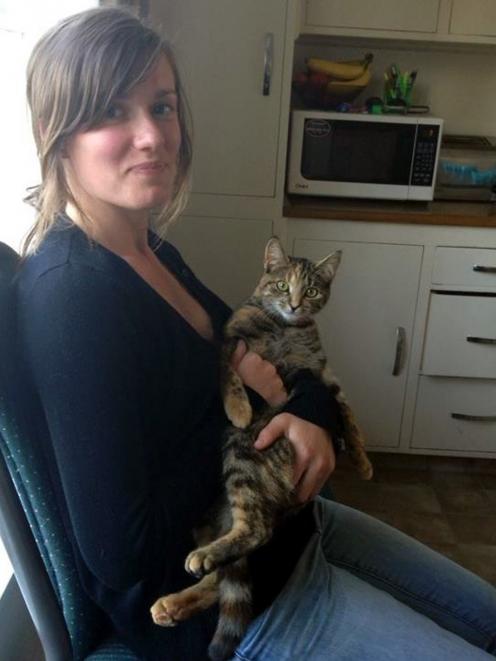 The competition was held at Totara Estate, near Oamaru, last November and members of her Five Forks club encouraged each other to enter to ensure good representation.

She is looking forward to the event, which will be held in Fairlie on Easter Monday.

Ms Dobbie grew up on a farm in South Otago and is now working as a large animal technician at the Veterinary Centre, based in Oamaru, a job she enjoys.

She joined Young Farmers in mid-2012 and is secretary of the Five Forks Club, which meets monthly.

The club, which is running a membership drive, enjoys a mix of social outings and fundraisers. It was a good opportunity to meet people with similar interests, she said.

Entering the contest was good experience and an opportunity to get to know young farmers from other clubs and also to get her club's name better known, Ms Dobbie said.

The district final was a fun day with various modules that had to be completed, ranging from making a horseshoe - ''no-one had ever done that'' - sawing a block of Oamaru stone to drenching sheep, identifying fertiliser and undergoing an interview.

She was expecting plenty of support from fellow club members and family and friends at the regional final.

The winner of the regional final will join the six other grand finalists from around New Zealand in the grand final in Christchurch in July.

Miss Dobbie admitted it would be ''really cool'' to win the national final. No woman has ever won;