Making the most of a 'wonderful place' 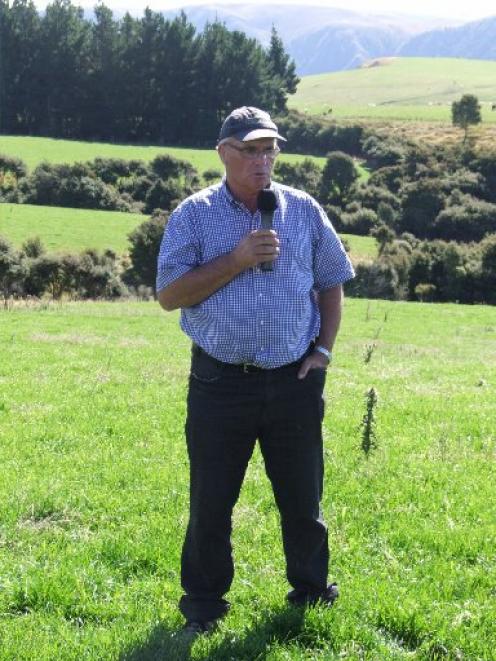 Profitable lamb finishing at altitude was the theme of a Beef and Lamb New Zealand Farming for Profit field day held at the 1900ha property, near Waianakarua, last week.

Mr Ludemann and his wife Ele purchased Glencoe about seven years ago and it is part of their extensive stable of farming operations throughout the South Island.

Describing it as a "wonderful place", Mr Ludemann said it was very special to both his family and also to staff who got a lot of enjoyment from it, with its expansive views and areas of bush.

It was also probably one of the smallest and most coastal pastoral lease properties and it was going through tenure review.

Mr Ludemann's first encounter with Glencoe Run was in the late 1980s when he went for a drive around the area after buying some sheep there.

Grass was growing, despite a drought and no grass at the bottom of the road, and the image stuck in his mind.

When he discovered the property was for sale a few years ago, he went for a look around. While it was foggy and drizzling and he "couldn't see hardly anything", he knew the potential of the property.

Shortly after buying it, he bumped into young farm manager Jarron Farmer and asked if he would be interested in managing Glencoe, which proved to be very fortunate, he said.

While Mr Farmer had since moved further up the management ladder at the Ludemanns' business, EGL Pastoral, Glencoe was still one of the properties that he oversaw.

The goal was to get the development out of the way in the first year to get it "up and running full speed".

Soil tests were done, about 300ha was sprayed off and lime and super applied which gave it "a good kick", and then extensive direct drilling was done.

The property's previous owner, helicopter pilot John Oakes, had sprayed a lot of the gorse and they were later able to clear it.

Glencoe is now run on the Kiss principle [Keep it simple, stupid] and is a trading operation with an element of capital stock in the form of breeding cows, yearling and 2-year-old cattle.

EGL Pastoral sourced upwards of several hundred thousand lambs a year over its entire operation and, at Glencoe, about 10,000 lambs were brought in from December to February to finish before the winter, aiming at 18kg.

Lamb finishing was the priority and there was no topping done - cattle were used to tidy up.

It was a summer safe climate with about 825mm rainfall.

At the moment, there were 50ha of swedes and 10ha of fodder beet, while 750 bales of balage were made annually.

Technical specialist Nadia McLean joined EGL Pastoral about six months ago to look at the performance of the farms in terms of lamb growth rates.

About 10% of each line of lambs bought in were now tagged, sexed and monitored to see which were performing better than others.

When it came to feeding for lamb growth, Dr David Stevens, from AgResearch at Invermay, said attention to detail was very important.