Mentoring part of the prize 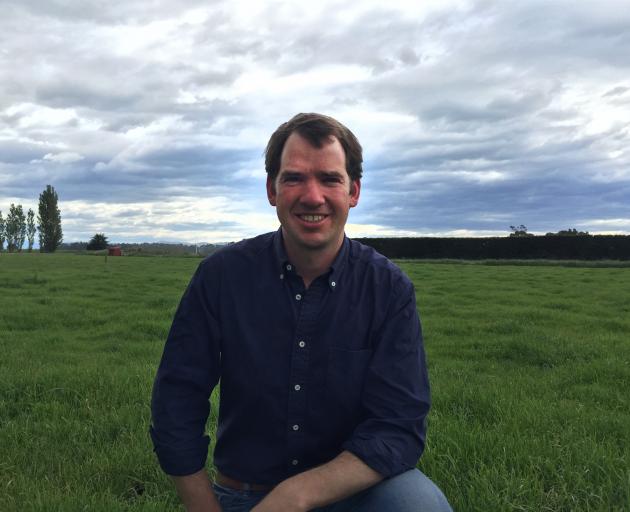 The Australasian agribusiness award was launched by the Platinum Primary
Producers (PPP) Group in
2014.

It was in memory of Australian beef industry leader and PPP foundation member Zanda McDonald, who died aged 41 after an accident at his Queensland property in 2013.

Mr Easton, along with Invercargill-based dairy consultant Jolene Germann and Waiau farmer Henry Pinckney, was initially shortlisted for the award, along with Australians Anna Speer, Will Creek and Airlie Trescowthick.

Following an interview in Brisbane in December, Mr
Easton, Mr Pinckney and Ms Trescowthick, a business analyst and The Farm Table managing director, were named as finalists.

They were then invited to attend the PPP conference in Melbourne this month, where the winner was announced at a gala dinner.

Mr Easton and his wife Hayley, who have three young children, are sharemilking two properties in North Otago, milking a total of 1600 cows.

During the conference, which had a range of guest speakers, there was an opportunity to meet the farmers involved in the PPP.

It was inspiring to be surrounded by an ''exceptional'' group of farmers, many with massive family-owned operations.

It was also good to be among people from other agricultural industries, instead of just dairy, Mr Easton said.

His fellow finalists were ''great people'' and it had been nice to spend time with them both during the interview phase and at the conference.

It was rewarding to win and he was looking forward to the mentoring that was part of the prize package, as that was one of the key attractions.

There were two mentoring trips, one in New Zealand and the other in Australia, and he was able to choose farmers from within the group to spend time with and learn about their operations.

He was particularly keen to head to the McDonald beef farming operation in North Queensland, which is run by Zanda McDonald's parents and widow, and encompasses about 180,000 head of cattle.

Mr Easton encouraged other young farmers to apply for the award in the future, saying even if they did not win, it was still a worthwhile experience, with valuable networking opportunities.