Much done, much to do for Alliance Group 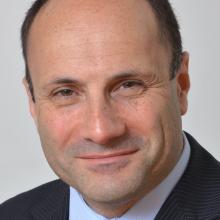 David Surveyor.
Alliance Group’s balance sheet is in "much better shape" and it will report an increased profit later this year.

Addressing the co-operative’s annual roadshow meetings, chief executive David Surveyor said the business was "much healthier" than it was a year ago.

While the financial results were yet to be confirmed, figures were "roughly" expected to show debt reduction of about $84 million, operating cash flow of $120 million, interest savings of $5 million and equity percentage of 70%.

Chairman Murray Taggart said there were a record number of new shareholders, with more than 180 signed up this year.

Confidence was returning in a number of markets, which was encouraging, but farmers were not seeing that as the exchange rate was more than negating the gain.

Strategy projects to improve the performance of the business had gone very well, but there was still a lot more to do, he said.

Alliance Group was determined to take more cost out of the business and strengthen its balance sheet. It also needed to capture more value.

"You can’t just cost-cut your way to success," he said.

Mr Taggart acknowledged the company had got the price of lamb wrong when it forecast a $100 lamb during last year’s roadshow meetings. 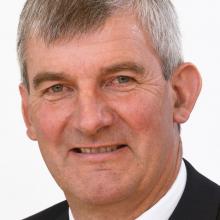 Murray Taggart.
That essentially came down to volatility, in markets and in exchange rates.

That had made it very hard to predict what was going to happen, he said.

Mr Surveyor said key messages the company had got from farmers included getting prices up and being competitive, the need to be frank and honest, and doing "much more" in the marketing space.

Last year, Alliance Group was quite clear it was going to change the direction of the company, he said.

The business had flat revenue and rising costs, banks were telling it it had too much debt, and it needed to find a different path forward.

It also said it would, over a three to four-year period, find and deliver $100 million of extra value back to the company, and it was not stepping away from that commitment, he said.

A "really good job" had been done from a safety perspective and strategy projects were delivering well ahead of expectations, Mr Surveyor said.

More sales and marketing activity was happening, there was a rejuvenated executive leadership and Alliance was trying to improve relationships with farmers.

It was accelerating marketing in UK food service, a major sector with growth rates faster than retail, he said.

Alliance’s approach in the UK was going to change.

It was still going to "hang on" to retail but it believed there was significant price upside in food service.

The big European issue was Brexit and Alliance’s view was that it was too early for anyone to know what that was going to mean over time, until British Prime Minister Theresa May triggered Article 50, the formal mechanism for leaving the European Union.

It made sense for Alliance to keep putting chilled product into the marketplace but frozen stocks were being diversified to better-returning markets.

It was also negotiating the acquisition of its Asia agent, which would enable direct relationships with key customers, providing deeper insights about them, their business and the market.

It would allow Alliance to accelerate its growth in key Southeast Asian economies and deliver savings as the business was owned and was no longer paid commission, he said.

● Nominations are open to fill two vacancies on the board of Alliance Group, closing on October 25. Mr Taggart and Don Morrison are retiring by rotation and both are standing for re-election.