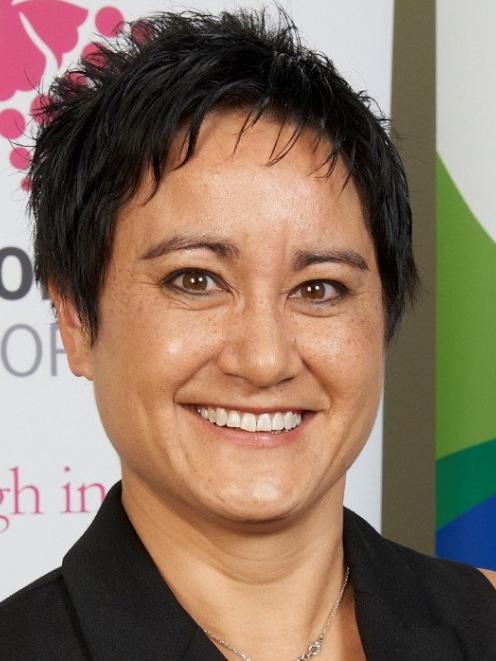 At 16, she left home and funded herself through secondary school and university.

Her experience stemmed from roles in large organisations such as DairyNZ and Environment Canterbury, and volunteer positions with Federated Farmers, the Land Use Futures Board, Land and Water forum and as a judge for the Ballance farm environment awards.

She is a director of the Ashburton Trading Society and a Fonterra shareholder representing farms in Rakaia.

As well as being on the Fonterra Shareholders Council, she is on the Holstein Friesian New Zealand external affairs committee and a member of the Institute of Directors and New Zealand Asian Leaders.

On top of that, Ms Chan-Dorman, who lives at Dorie, in Mid Canterbury, is mother to 4-year-old Adam.

''I've always been what you might call busy. I call it stimulated. I love a challenge; that's what I thrive on,'' she said.

She was brought up in Palmerston North and her exposure to the farming sector came through her father, who owned a portable sawmill.

She loved biology and her first job out of school was working in a laboratory at the Dairy Research Institute, which was her introduction to the dairy industry.

After completing an animal science degree at Massey University, majoring in ruminant nutrition, Ms Chan-Dorman headed to Wellington where her first job was in biosecurity at Maf.

Her career in the capital was desk-based and always in the primary sector, including as a policy manager for Federated Farmers and research and development programme manager for Meat and Wool New Zealand.

She was the inaugural chairwoman of Wellington Young Farmers and it was through her involvement with Young Farmers that she met her future husband Hayden, who was chairman of the Tasman region.

She moved to Canterbury in 2009 when the couple took on their first sharemilking job. ''I lived in a Cuba St apartment before I moved to Dorie,'' she said, laughing.

She loved the rural area and its community, saying it was an amazing place to live.

Despite her agricultural studies, there was ''no way'' she would be able to run a farm - ''those skills are absolutely Hayden's strength'' - and the pair made a good team.

''He's taught me a heck of a lot over the last eight years and hopefully vice-versa,'' she said.

She enjoyed trying new things and had undertaken various learning opportunities, including the Kellogg Rural Leadership Programme, Food and Agribusiness Market Experience, which included a trip to China, and the Fonterra governance development programme.

Asked how she fitted everything in, Ms Chan-Dorman said it was about the support network around her.

That included her husband, who supported her in everything she did, family members and the ''amazing'' Dorie community.

The local pre-school was started a few years ago by women in the area. It was ''two minutes around the corner'' and without it, she wouldn't be able to do what she did.

''I mentioned [at the awards function] the ladies of Dorie. They really are what you'd call the backbone of the rural community.''

As far as her future plans, Ms Chan-Dorman wanted to ''keep learning and keep giving back''.

''I don't know what that looks like yet for this year,'' she said.

She was standing down from Federated Farmers in June, after eight years as a volunteer.

She felt she had given what she could and it was good to step back and let some other young people come through, she said.

The award was a great step for her to continue role-modelling dairy leadership to her peers and those looking to come through the ranks.

''I see myself further influencing change by being involved at a governance or representation level in our co-operatives and advocating for the next generation to get involved in the industry with skin in the game.

''New Zealand's dairy industry is unique, in that we structure our farming businesses to bring the next generation of men and women on to the farm.

''I'm looking forward to working further on these kinds of collaborative relationships at a higher level,'' she said.

There were challenges ahead for the dairy industry.

''We have to be honest with ourselves and the New Zealand public about where we want to go,'' she said.

As well as the challenge of meeting market expectations in terms of food safety, animal welfare and environmental responsibilities, the biggest challenges was in ''our own backyard'' with the New Zealand public.

She believed it was about connecting with ''Joe Bloggs New Zealander'' in towns and understanding what they were thinking, their aspirations and figuring out how to meet the needs of everybody.

Dairy Women's Network chief executive Zelda de Villiers said Ms Chan-Dorman was a worthy recipient, citing her positive role modelling for others in the rural sector and her ability to work across all aspects of the dairy spectrum.

''She's unique in that she recognises that issues need representation from different perspectives and she's not afraid to have tough conversations,'' Ms de Villiers said.

Ms Chan-Dorman will receive a scholarship prize of up to $20,000 to undertake a professional/business development programme.