North Otago farmer on board 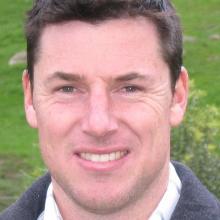 Matt Ross.
North Otago farmer Matt Ross has been appointed to the board of LIC (Livestock Improvement Corp).

He replaces retiring long-standing director Alvin Reid while board chairman Murray King has also been reappointed.

Mr Ross and his wife Julie milk 1800 cows on a 580ha property in the Waitaki Valley. The couple won the national Sharemilker of the Year title in 2007.

Mr Ross has been farming in North Otago since graduating from Massey University in 1998 and has held a variety of governance roles, including with  irrigation entities.

He is a member of the Dairy Environmental Leaders Forum and a graduate of the Fonterra Governance Development Programme.