Pneumonia, parasites something to get excited about 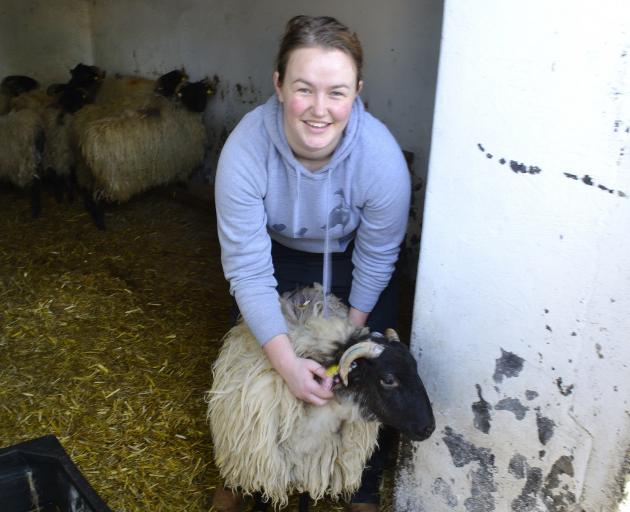 Kathryn McRae, working with Scottish blackface sheep in Ireland. PHOTO: SUPPLIED
Kathryn McRae jokes that she is ‘‘one of those strange people’’ who gets excited about parasites and lungs.

Farm staff at AgResearch’s Invermay campus always know that if an animal dies from pneumonia, she will want to inspect its lungs.

Animal health is a particular interest for Dr McRae, who grew up on a sheep and beef farm at Mokoreta in eastern Southland.

The property has been in the McRae family for more than 100 years and has been the recipient of a Century Farm award.

An interest in genetics was fostered by one of Dr McRae’s teachers at Menzies College in Southland and she went on to complete a bachelor of science at the University of Otago, majoring in genetics and zoology.

She spent her last semester on exchange at the University of Glasgow in Scotland. On her return, she was not sure what she wanted to do.

She was introduced to sheep breeder Murray Rohloff at Tuturau, and he put her in contact with principal scientist John McEwan at AgResearch. She left Invermay having agreed to do a masters degree, with Dr McEwan as her supervisor.

Her time was divided between Invermay and the University of Otago, looking at the genetic differences between sheep that were resistant to parasites and those that were susceptible. 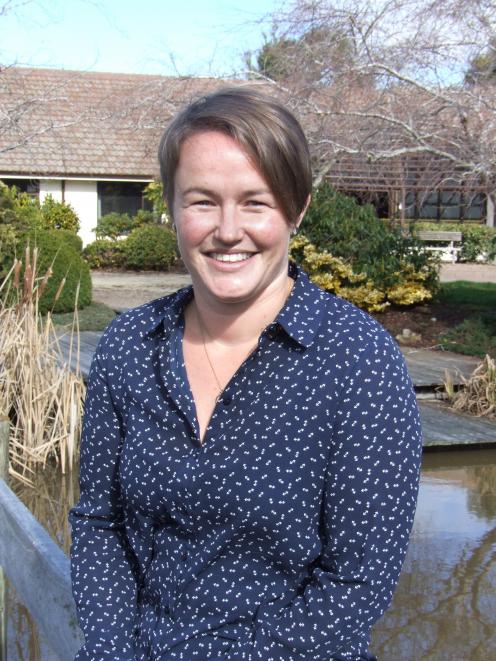 AgResearch scientist Dr Kathryn McRae in the grounds of the Invermay campus. PHOTO: SALLY RAE
With a desire to travel, Dr McRae ended up applying to do her PhD in Ireland, also on the genetics of parasite resistance in sheep.

Before she headed overseas to the University of Glasgow, a six-month stint working in the Waitane and Mataura meat plants was eye-opening, but a learning experience.

‘‘It turns out I learnt skills that were actually handy. I never thought knowing my way around the freezing works would actually turn out to be a perk on my CV, but it has,’’ she laughed.

Spending three and a-half years in Ireland was ‘‘brilliant’’. In some ways, that country was very similar to New Zealand but, in others, it was ‘‘completely different’’, she said.

She found farming in Ireland ‘‘fascinating’’ and met farmers with several hundred ewes, who were blown away by how many sheep farmers had in New Zealand.

Her project involved working with Scottish blackface sheep, the most common breed of domestic sheep in the United Kingdom, a tough breed often found in more exposed locations, such as the Scottish Highlands.

A postdoctoral position arose at Invermay and she had an interview the week she returned from Ireland.

She then spent a month helping her brother with lambing before starting work at Invermay three years ago.

Last year, she secured a permanent position as a scientist.

What Dr McRae particularly enjoyed about her job was working in a field that was applicable to her background.

‘‘I can go home and have a conversation with my brothers and extended family, and talk about how the work is directly helping New Zealand’s agriculture industry. That part of it I really enjoy,’’ she said.

Her three brothers were all farming — two were sheep farmers and the third was a dairy farmer. It was good being able to contribute to family discussions and she learnt a lot from them as well.

Most of her time was spent in front of a computer analysing data, but one of the best parts of the job was getting to talk to farmers, breeders and other scientists.

An open day at Invermay in August was an opportunity to talk about the research being done with breeders, which was ‘‘brilliant’’.

‘‘Ultimately, you want your research to be useful and of benefit to farmers and breeders,’’ she said.

Dr McRae’s interest in parasite resistance has developed into health traits — essentially how to breed for a healthier sheep, looking at what were the big health problems in sheep and if there was any way to use genetics to combat those problems.

The goal was to use genetics to breed healthier sheep but that had to be worked in with ‘‘everything else’’, including the need to be productive.

One of the projects Dr McRae has been looking at has been pneumonia, in research partly funded by Beef + Lamb New Zealand Genetics.

It had been a very interesting project and she particularly enjoyed talking to farmers and breeders about the disease, saying it was always interesting to hear their perspectives and theories.

‘‘As soon as I mention I’m interested in animal health, there’s always a conversation. I always learn from them as well.’’

She had been fortunate to spend time with the likes of Northland sheep breeder Gordon Levet, who has been breeding for worm resistance for three decades — ‘‘he’s just so passionate about parasites’’ — and who had introduced her to other farmers.

Dr McRae enjoyed the environment at Invermay, saying everyone worked together and there was such a broad range of abilities.

For her, it was a great opportunity to learn from people like Dr McEwan, and she had very good support from other scientists.