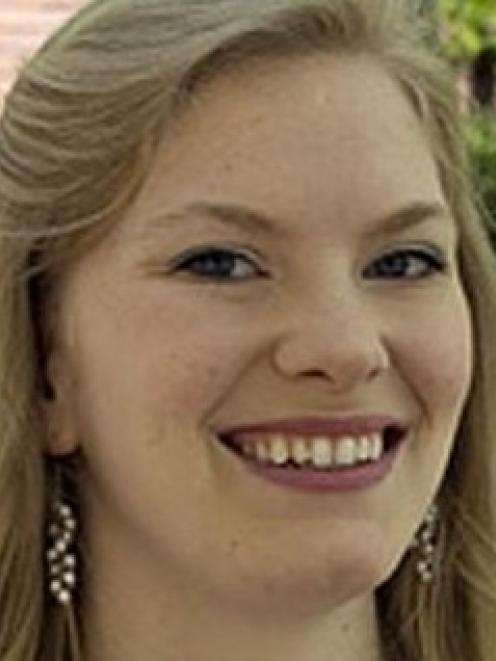 Madeline Hall
When it comes to grappling with water-quality issues, Madeline Hall has a suggestion for farmers.

They need to take a pro-active role to think about rules coming in and ask themselves how they could be involved to help make it work, Ms Hall, an environmental sociology masters student at the University of Otago's Centre for Sustainability, said.

Ms Hall has researched the social impact of a nutrient-reduction nitrogen-trading scheme on farming communities in the Lake Taupo basin. The innovative market-based environmental policy was established to address growing community concern about water quality.

She interviewed Taupo farmers earlier this year, returning to the area last month to share her thesis research findings with them. The programme was an experiment and they were the ‘‘guinea pigs'' for the nation, she said.

Under the trial scheme, the amount of nitrogen farms produced was capped using a formula based on production and stock levels.

Farmers who could reduce their nitrogen could sell surplus ‘‘credits'' to land users who were in deficit. Additionally, they could sell credits to a third-party group that would retire the credits permanently.

Farmers involved were very proud of their actions and they made the ‘‘best of a bad situation''. She was also impressed with their active engagement with the regional council.

As a result of the negotiation process, farmers and the council were both able to ‘‘completely understand'', as well as articulate, the other group's position. That allowed them to manage the problem in the best possible way for everybody involved.

There was no doubt such conversations must be happening across the country, especially with the National Policy Statement for Freshwater Management, and they were hard conversations to have, she said.

‘‘These are complex problems.'' She believed a lot of faith was put in technology being ‘‘our saviour'', and that worried her.

While technology would be a fix for some things, there were still issues that needed to be addressed. An urban girl from Washington DC, Ms Hall first came to New Zealand in 2010 as a foreign exchange student and ‘‘absolutely fell in love with it''.

Her favourite part of the experience was working on a diverse range of farms through the Willing Workers on Organic Farms scheme, working throughout the country.

She ‘‘absolutely loved it'' and worked on a diverse range of properties, including goat, sheep and beef, alpaca and dairy farms, as well as a vineyard. She was particularly interested in conversations on-farm about the emissions trading scheme.

Once back in the US, she made it her ‘‘mission'' to return to New Zealand, applying for a Fulbright scholarship.

Being at the Centre of Sustainability was exciting; it had a wonderful history of talking to farming communities and a good reputation with farmers. Originally intending to research climate change, she discovered that water quality was ‘‘on everyone's mind''.

When she was told the story of Taupo farmers Mike and Sharon Barton and the experience of the Taupo farming community, those experiences caught her ear.

Mr and Mrs Barton, who have now been three years farming under a nitrogen cap, sought to increase the value of the product they produced.

They sell their beef under the Taupo Beef brand and the business has grown to include five other farmers and has been extended to lamb. It was hoped to eventually sell to an export market.

Taupo farmers were very welcoming and helpful as they shared their experiences with her. That included being identified as ‘‘polluters'', and how they did not like that.

That was something that was very important to remember: the term ‘‘polluter'' meant something completely different for different groups.

Farmers in the catchment were not typical ‘‘polluters''; they did not purposely put effluent in the river or know their actions were having an impact on the lake. Thirty years ago, many farmers were settled in the area by government ballot farm schemes.

Not even 15 years after they were assured that lake water quality was protected, they were told the lake was in trouble and they were to blame. The solution was a cap on nitrogen, which many farmers saw as a cap on farm production.

Farmers were now being asked to both ‘‘feed the world'' and ‘‘save the world'' at the same time, which could pose financial and practical challenges on farm.

Within the catchment, farmers were now telling their story of transition from identifying as producers, to polluters, to nitrogen managers.

Although the idea of farming had not really changed, and farming practice had not altered that much, farmers' bottom line was now centred around kilograms of nitrogen per hectare, not kilograms of meat per hectare.

For a long time, farmers had to work directly with the regional council to have them understand their perspective.

The entire process, from the discovery of the problem in 1999 through the first stab at a solution in 2008 and the final rules in 2011 to the pollution reduction target achieved this June, took a total of 16 years.

Farmers suggested the council just assumed they could put rules on and ‘‘be done with it''. Both parties learned quickly they needed to work collaboratively to come up with a solution that worked for everyone.

‘‘In all, we need to to engage directly with farmers when confronting our problem of water quality,'' she said.

Ms Hall was excited about starting work next year in the climate policy team at the Ministry for Primary Industries in Wellington.