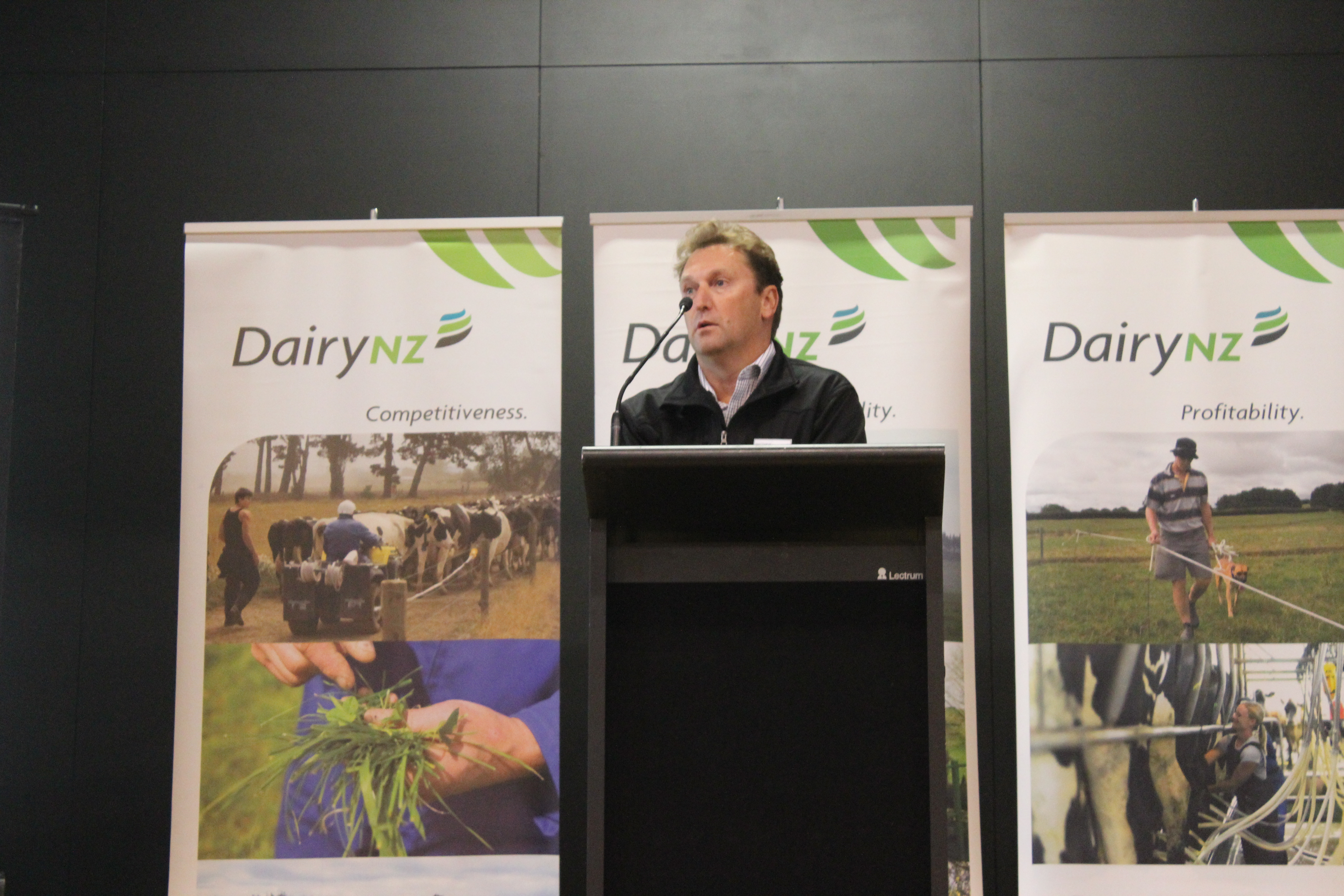 DairyNZ senior economist Matthew Newman talked to farmers at the Farmers Forum. Photo: Nicole Sharp
Are you making money from milk or milk from money?

It was when farmers increased stocking rates and started bringing in supplement feed that the price of milk increased. 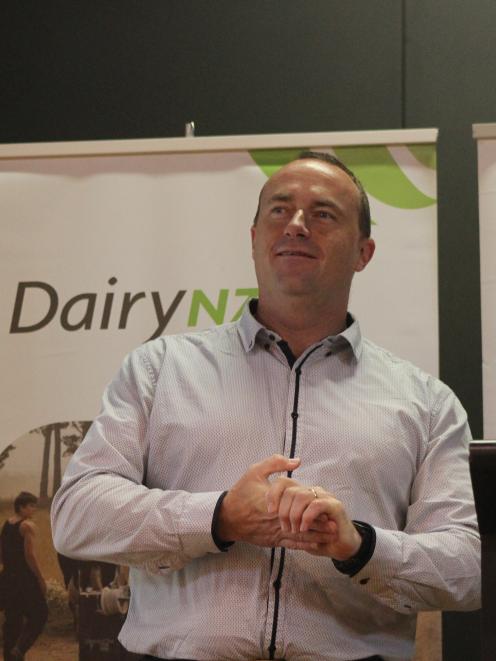 Dr Roche said there was a price paid for producing milk.

For 15 years, farmers had been pushing up their stocking rates and bringing in supplement feed to produce more milk, he said.

But it was when farmers increased stocking rates and started bringing in supplement feed that the price of milk increased.

There were two different types of milk — base milk and marginal milk.

‘‘Marginal milk is more expensive than base milk.’’

When farmers changed their systems, increasing stocking rates and/or bringing in more feed, the total cost of the extra feed actually increased by 150%.

For example for every $1 spent on feed, the total costs increased by $1.50.

Profitability from increasing milk solid production was measured by the cost of the additional milk solids, the marginal milk, not the average cost of all milk solids produced, Dr Roche said.

‘‘Utilise all of your grass and get your value from the feed.’’

‘‘The extra cows have come from more hectares.’’

Stocking rates had stayed relatively the same at 2.6-2.7 cows per hectare.

In terms of the impact on the economy, there was a large flow-on effect in the dairy industry, Mr Newman said.

There had been great gains made by the dairy industry in the past decade and the question asked now was about how do farmers produce more from existing farm land?

‘‘We know that in economics it has to be productive.’’

All in all the pair were very positive about the future of the dairy industry, they said.