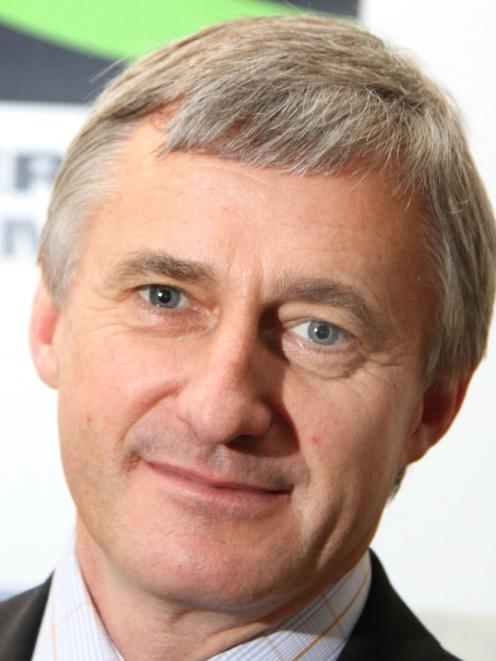 William Rolleston
Federated Farmers president William Rolleston is calling for better recognition of the efforts farmers are making in ensuring the improvement in water quality.

Speaking at the Local Government NZ conference, Dr Rolleston said his message to the non-governmental organisations was for them to understand the dynamic and sheer hard work so many farmers put in every day.

The NGOs needed to realise science was providing the tools which would make a difference and was already showing, in most catchments, simply slashing numbers was not the only or the best solution.

Federated Farmers, along with others, had engaged with its farmers, promoted ground-up decision-making and pushed for science to be developed and the rules to be based on it.

``Farmers care about their land and it shows.''

Recent reports from Sir Peter Gluckman, the Prime Minister's chief science adviser, and from the Ministry for the Environment, showed farmers were just one part of the water puzzle and it would take years, even decades, to reach the quality targets.

But progress was being made, Dr Rolleston said.

New Zealand had abundant water but it was not always in the right place at the right time. North Canterbury had been in drought for three years.

That not only affected farmers who had to turn off their irrigators off, but also rivers such as the Selwyn - the subject of intense media scrutiny in the early part of the year.

In the final Selwyn River ``hurrah'', before the rains came and ruined all the fun, a Christchurch newspaper ran a front-page article on the Irwell River and how fishing had been destroyed, he said.

Buried in the article were two small observations. Nearby Heart Creek had been destitute for 10 years previously but farmers got together and rehabilitated it. Also mentioned was that the complaining fisherman had to travel to South Canterbury's Opihi River, with not a mention that it was supplemented by the Opuha Dam - which farmers built.

``This brings me to the answer to the question: How is the primary sector getting on-the-ground behaviour change to meet the challenge of improving fresh water?

``The water debate has made one thing very clear to me. Farmers hate being told what to do but give them a problem and they want to fix it.''

In his own patch of coastal South Canterbury, farmers reacted strongly and negatively to the potential imposition of rules restricting water use and allocating nutrients, Dr Rolleston said.

However, once they had become engaged and once they understood the issues, they moved quickly from reaction to pro-action.

They worked together to achieve the best solution and which needed to achieve two critical tests.

``I think we did pretty well in those regards but only because the farmers worked from the catchment up to find solutions.''

Farmers engaged with each other and, for the most part, wanted to be good neighbours, he said.

However, someone could always find an exception to the rule. Unfortunately for farmers it was the exception which the media tended to paint as the ``typical''.

``Vilifying farmers from the top only enrages and alienates them. It pushes them further away from the problem you are trying to get them to see. It creates winners and losers and builds resentment.

``That is why I am disappointed to see NGOs dragging farmers and councils to court over technicalities, as we have seen in the Horizons situation.

``They may be right in law but we are beginning to ask is the law itself right? Is the law right when councils become hamstrung, terrified of making a legal mistake because it will be pounced on?''

No-one was saying that farmers and farming did not have an effect on the environment, Dr Rolleston said.

Up and down the country farmers were working hard to address the problem.

Their dryland counterparts had been the main contributors to the establishment of QE2 covenants protecting private land for conservation at a real and opportunity cost of $1.2billion to $1.4billion, and levy bodies spent millions of dollars on research - much of it now focused on water issues.

Catchment by catchment, farmers and other locals were working together to come up with solutions which were sensible, practical and affordable. They were on a journey, he said.

Outside of water, farmers spent tens of millions of dollars a year on Tb control which also helped in the fight to save birds, through possum and predator control.

Individual farmers, for example those in the high country, each spent tens to hundreds of thousands of dollars on pest control such as rabbits, hieracium and wilding pines.

``You can argue how they got there, but the fact is those landscapes would not survive without farmers.''