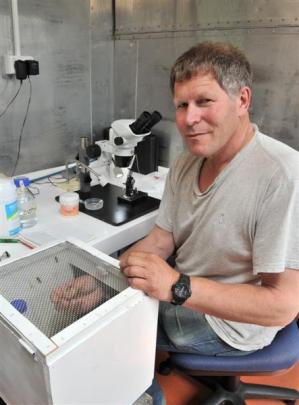 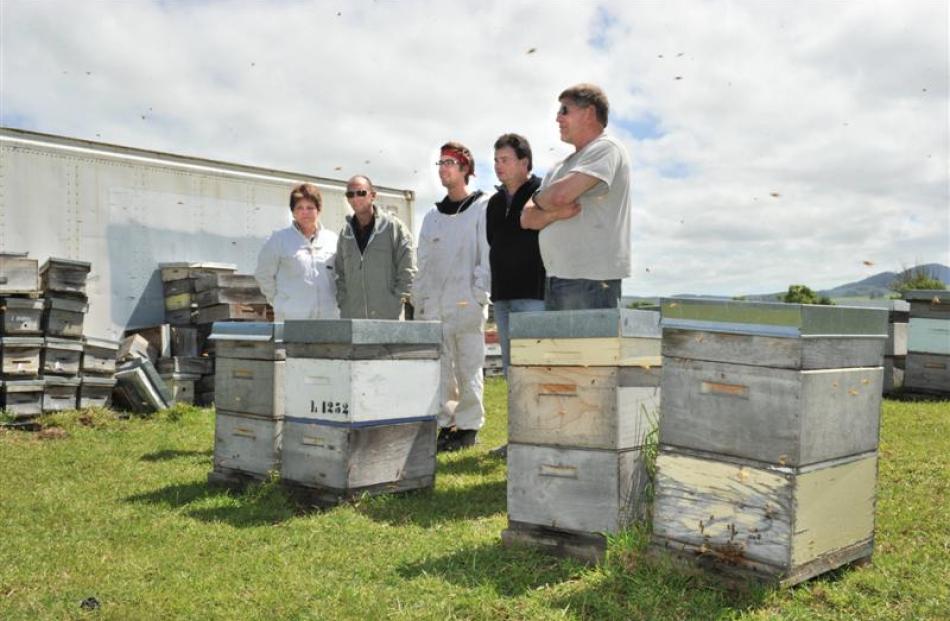 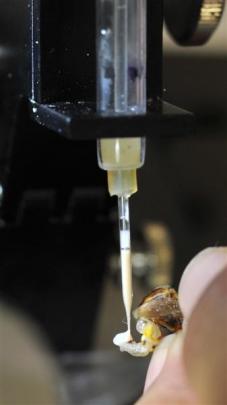 The process of breeding better queen bees began for the year in Mosgiel early last week.

Better Bees director David McMillan said drone bee semen was collected and mixed in the morning so queen bees could be artificially inseminated in the afternoon.

The same process would continue for three days so queen bees could sent to shareholders of the Dunedin company, he saidBetta Bees assistant Diane Allan, from Balfour, said about 100 mature drone bees were needed daily to collect 20 microlitres of semen.

A mature drone bee could fly but the breeding drones were contained so could not leave their hive for flight, she said.

Consequently, the maturity levels were identified by the trained eye of the Betta Bees team, she said.

The drone semen was mixed for the breeding programme, so the males' genetics traits were averaged. That way, each queen's traits could be measured, she said.

Shareholder Allan Richards, a Wanganui commercial beekeeper, said Betta Bees was a "genetic improvement programme for honeybees" and like a stud farm, but for female animals.

"A private company by beekeepers for beekeepers."

Each "breeder queen" was scored across all traits, he said.

The 25 queen bees inseminated during the three days would be sold to shareholders for $1400, he said.

"If you can lift your production by 20%, that's cheap. A good queen means a good honey crop."

A beekeeper could breed another queen from the breeder queen, but it would be mated with free-flying drones, so the positive traits would be halved and that would cut the queen's sale value to about $40, he said.