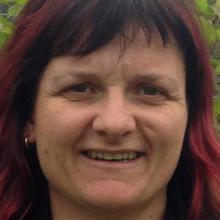 She formed South Otago Women in Sheep and Beef — Partners in Business, which will hold its second session today in Balclutha.

The group’s formation came about after Mrs Campbell did an "Understanding Your Farming Business" course in Gore, run by the Agri Women’s Development Trust (AWDT).

There was a perception among many women in farming businesses they were "just a message getter" or kept the house running, and did not really understand their value to the business, she said. The course aimed to address that and it was something that was talked about as a group. The dairy industry did it "really well", with the likes of the Dairy Women’s Network, but it was something the sheep and beef industry lacked, she said.

Mrs Campbell got several other women together and formed a discussion group. The first session was held in August with a vet talking about lambing. There was a "great" turnout of about 40 with a further 20-30 apologies, which indicated there was  a need for such a group in the area, she said.

At today’s session, from 10am-2pm in  St John’s rooms in Balclutha, Loshni Manikam, from AWDT, would be speaking about realising women’s value in their farming businesses, and Sharon McIntyre from Sheep Improvement Ltd, would discuss what figures meant when it came to buying rams.

Mrs Campbell and her husband, Ken, farm at Clinton and, as well as working part-time as an accounts manager and looking after three children, she tried to get on the farm as much as she could.She was  also becoming more involved in decision-making on the farm, she said.