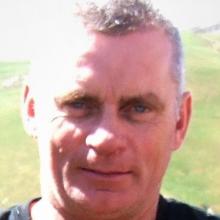 Mr Fraser, a North Otago farmer, has been selected as New Zealand team manager for a transtasman shearing test in Australia in October.

Next year, he is heading to the United Kingdom for nearly six weeks, to manage the New Zealand team.

Shearing has taken Mr Fraser around the world, yet he reckoned the appointment was the  highlight of a lengthy involvement in the sport.

The team, which will compete in the test at Warialda, in New South Wales, comprises world champion Hawke’s Bay shearer Rowland Smith, Tony Coster (Rakaia), and the  winner of the New Zealand Merino Shearing Championships at Alexandra.

It would be a very tough competition but New Zealand had the shearers good enough to do it, he said.

Coster was probably one of the world’s best all-round shearers and very good on merino sheep.

Mr Fraser, who was grateful for the support of Farmland, Oamaru Honda and Mainland Wools, would be be kept busy looking after the team.

The role included booking flights and hiring cars, sorting practice sheep, talking with the Australian organisers, driving them around — "and just looking after them".

He is also head judge at the Golden Shears World Shearing and Woolhandling championships in Invercargill next year.