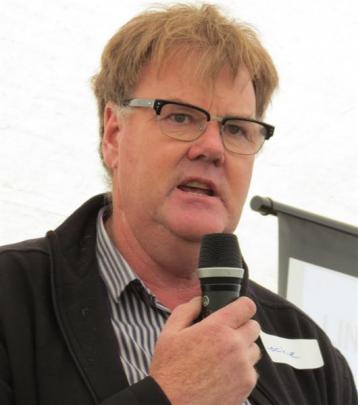 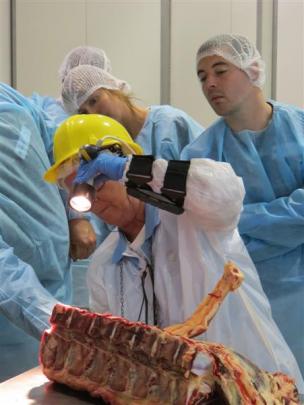 Finegand meat master grader Viv Uren shows the techniques she uses to grade prime cuts of meat to a high consistency of standard. 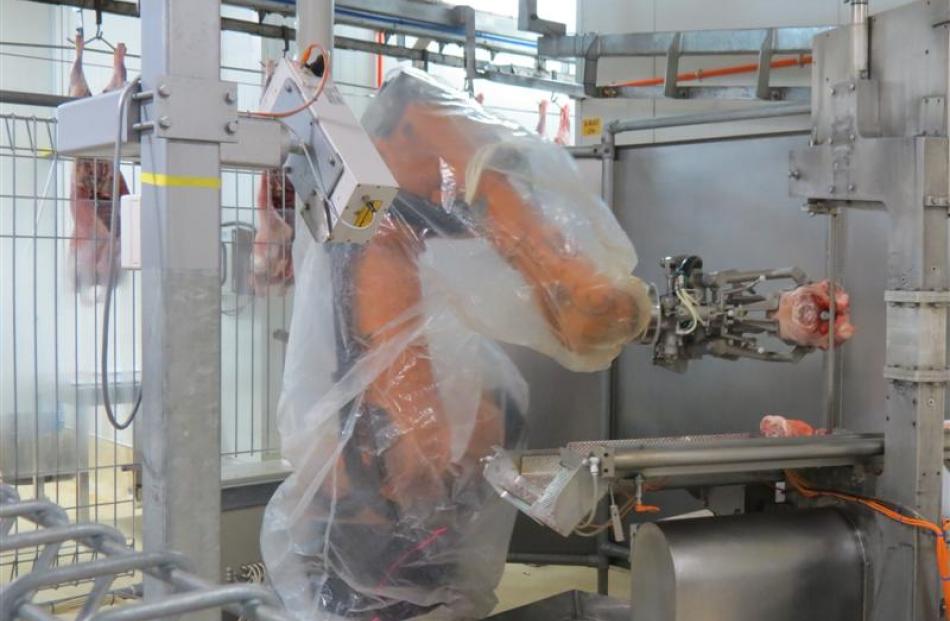 A robotic arm puts a meat cut through a bandsaw at the Finegand freezing works near Balclutha. 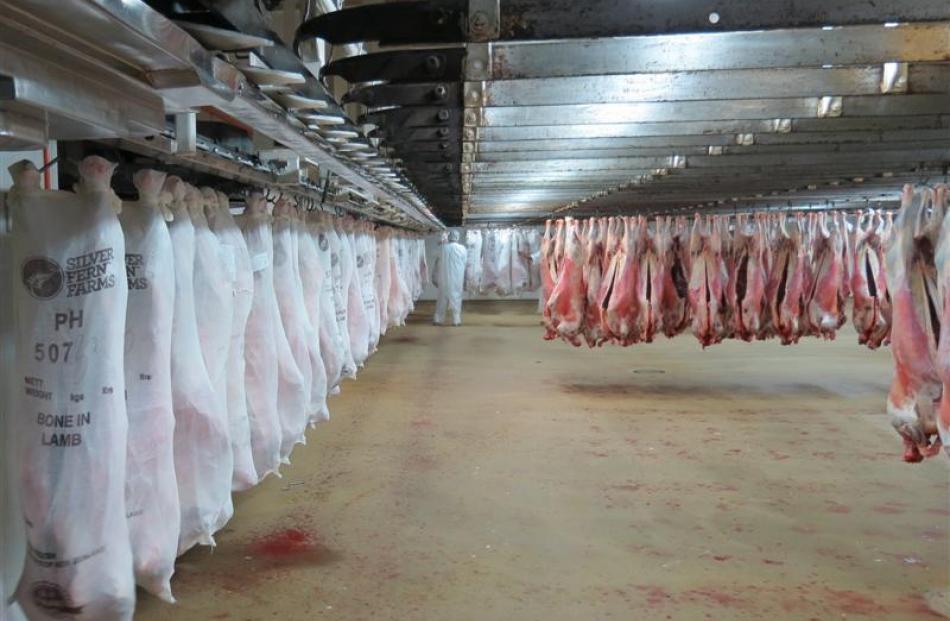 Lamb carcasses are prepared for export at Finegand, Balclutha. 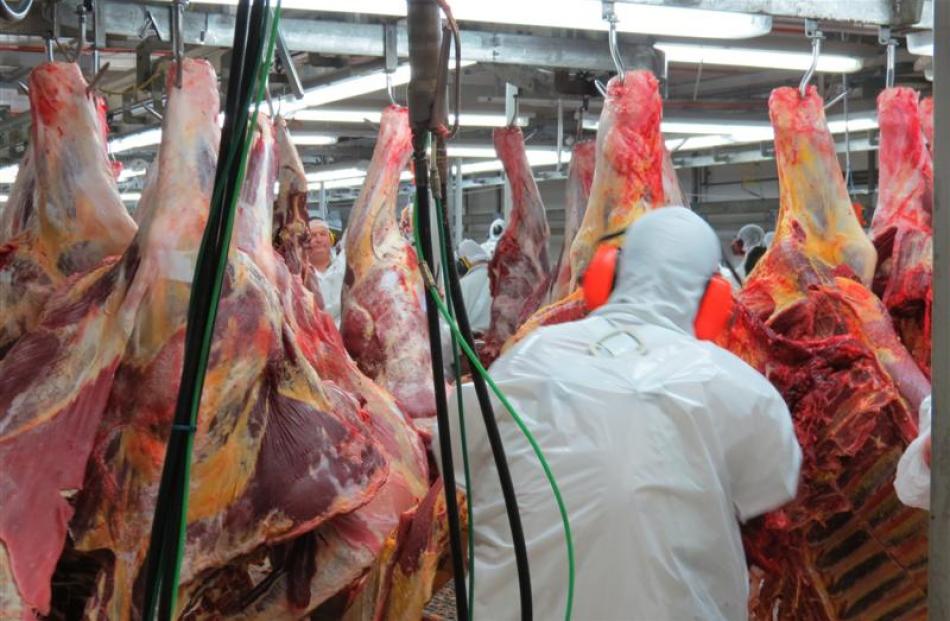 They were introduced to SFF's new Eating Quality (EQ) System for grading beef, which had been in development for about two years and was designed to ensure each cut of meat met consistent high standards of quality and taste.

The new premium selection Reserve beef range is to be launched in about four weeks and is expected to retail for about $45 a kilogram and will target the high end markets in New Zealand, Asia and the United States as well as newer markets such as Dubai.

In addition to tasting the beef cuts during lunch, the farmers and media were shown through the Finegand works and given a demonstration by master graders, who showed how each cut of beef was graded to a consistent standard.

Most beef was raised on cattle feedlots in the US so product that has been grass-fed was an important advantage to New Zealand in the market.

He said during the past two years, SFF, FarmIQ, scientists from Texas Tech University and the University of Otago had been working on various strands of the EQS programme.

The programme involved 38 scientists from New Zealand, the US and Australia, and researchers had taken more than 97,000 samples of beef, held taste tests for 13,900 people in 17 cities in New Zealand and the US, and taken 2500 DNA samples from cattle breeds.

''It was the largest ever red meat consumer testing programme,'' Mr Howie said.

The EQS programme is run at three SFF works, including Finegand.

SFF recently launched the beef into Shanghai, which has 27 million people, and promoted the range on a television shopping network programme and during the half-hour programme sold seven tonnes.

Other speakers at the farm producers day included Justin Marx, of Marx Foods, Seattle, which is a major SFF product distributor in the US, and he discussed how they sold the product through restaurants and online.

During the trial, stock put on 1.8kg/day during winter on fodder beet and 1.7kg/day on sugar beet. Stock fed on fodder beet had higher dressing out and surplus energy went into skeletal growth and laying down fat.

He said there was a consumer preference for fodder beet-fed meat as it was juicy and tender.

A further trial was being held this year over 16 farms.