Student out to make a difference 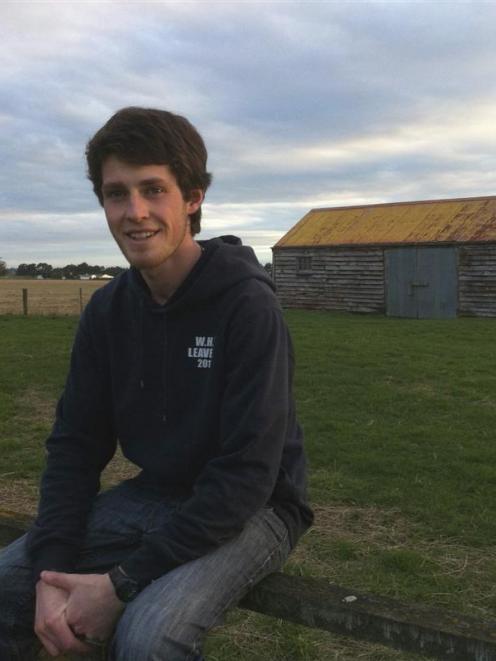 The Lincoln University student also has a passion for poverty alleviation, the result of time spent volunteering in Africa.

So when he found out about a global Youth Ag Summit in Australia this year, with a theme of Feeding a Hungry Planet, he was keen to apply.

An essay competition was held to select the delegates. Entrants had to outline their position and ideas on the underlying causes of food insecurity and its effect on a growing population.

Mr Snoxell (21), who hails from a dairy farm at Morven, near Waimate, was selected, along with Hamish Clarke, James Robertson and Zach Mounsey (Waikato), Sarah Crofoot (Wairarapa) and Rosario Monzales (Massey).

They will join 100 delegates, aged between 18 and 25, from 33 countries, for the second Youth Ag Summit. Hosted by Future Farmers Network Australia and Bayer CropScience, it is being held in Canberra in August.

The purpose was to generate innovative, sustainable and actionable solutions which would be driven by the leadership of the delegates.

Mr Snoxell, who described it as a ''pretty awesome'' opportunity, was very interested in food, security, agriculture and poverty and how they interactedHe was looking forward to being among and networking with such a diverse range of people, and hearing more about food and security.

After leaving school in 2011, he knew he wanted to do something with agriculture, but was not quite sure what.

He decided to take a gap year to make up his mind. He spent time volunteering in Africa, where he was exposed to some ''heart wrenching poverty''.

Having always been keen to travel and also do some volunteer work, it all came together, allowing him to have an OE, with time to think, while also volunteering in some ''pretty amazing'' places.

He recalled walking around some of the poorest communities and being ''blown away'' by what people had to eat.

Just ''two inches'' of maize or rice in the bottom of a 20 litre barrel could be all they had for a month.

But he was also captivated by the warmth of the people, their generosity, the culture, and the beauty of some of the places he visited.

After returning from overseas, he began studying at Lincoln University.