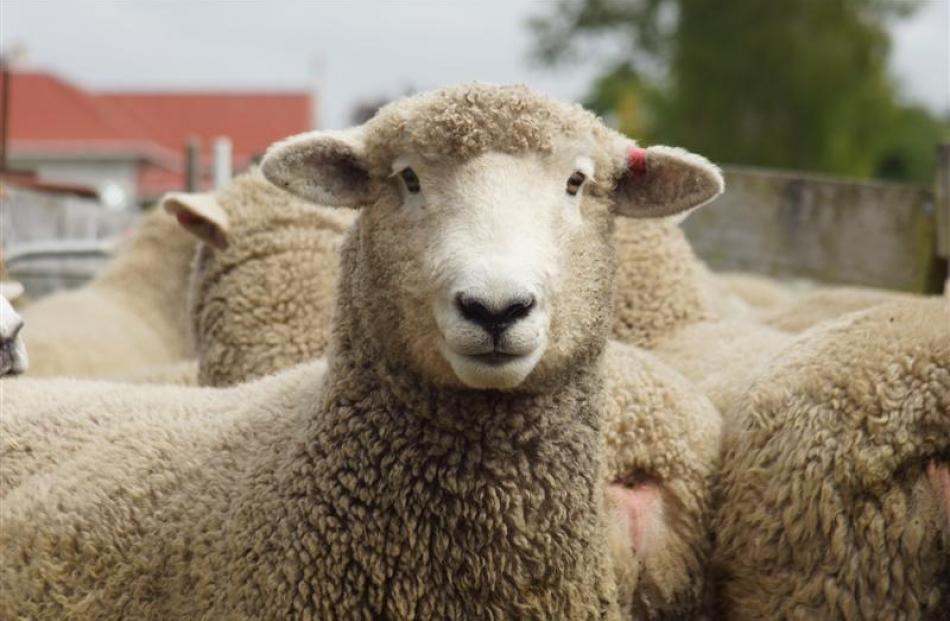 Aurora 19-13, which is being exported from Palmerston to Uruguay. Photos by David Robertson. 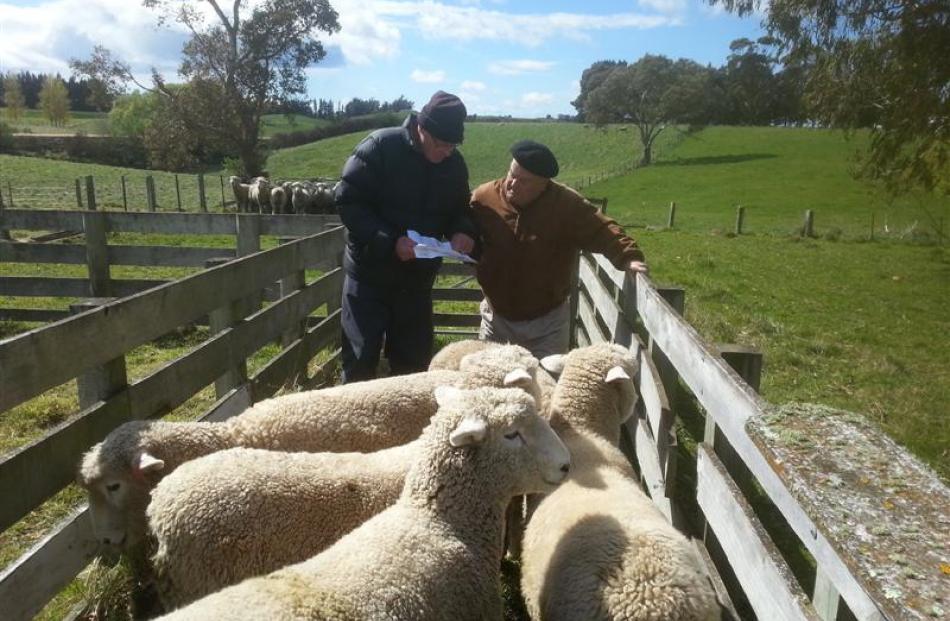 Back in the 1960s, a young Enrique Larraechea, from Uruguay, visited the Robertson family in West Otago and bought a Romney ram.

Decades later, Mr Larraechea has returned, recently purchasing rams from Blair Robertson at the Merrydowns stud at Waikoikoi, and his uncle David Robertson, at the Aurora stud at Palmerston.

Buying from the Robertson family had become a ''very, very nice family tradition'' over the years.

''I feel very much together with them ... we have complete faith in each other,'' Mr Larraechea, known as Kike, said.

In the 1960s, he travelled throughout New Zealand looking at sheep. While the rams in the north were ''very nice'' and very refined, they were not what he wanted in a commercial sheep.

While he was a stud breeder, he was not into showing sheep. At that stage, they had large numbers of sheep and his main buyer of his stud rams was himself.

He kept heading south and, when he got to Merrydowns, he found the sheep he wanted.

The legendary D.H. Robertson, David Robertson's father and Blair's grandfather, let him purchase one of three sires he had been keeping for himself.

Since then, Mr Larraechea has purchased additional rams from the Robertsons. Blair Robertson spent six months in Uruguay with Mr Larraechea in 1994 and took a ram over with him, which he showed successfully.

He liked the Robertsons' sheep because they ''really are Romneys''. The sheep were smart and free-moving, with the type of wool he liked. He preferred wool with good character and colour and ''plenty of kilograms''.

Two of the three rams he selected at Merrydowns this year he bought on behalf of friends, while the Aurora ram he bought was a grandson of Aurora 105-84, whose genetics live on three decades after his birth, thanks to artificial insemination.

The sheep industry in Uruguay, especially wool, was ''going back and back''.

Romneys were not as popular as they used to be, overtaken in popularity by the Corriedale.

But Romneys were his preferred breed and he continued a family tradition which started with his grandfather breeding them. They were also easy-care sheep, which required very little looking after.

Not only did Mr Larraechea enjoy visiting New Zealand to buy sheep, it was also an opportunity to catch up with the many good friends he had made.

''I am delighted to go and see the sheep and see my friends,'' he said.

The four rams were now in quarantine in Hamilton, prior to flying to South America.