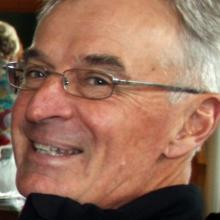 Speaking at the Institute of Forestry’s conference in Dunedin, Mr Barton questioned how to start that conversation if the model was to change.

"Food production is the biggest single component of our impact on the planet ... We just don’t talk about that. Nowhere in the world do we internalise the environmental costs of food production," he said.

About 150 years had been spent convincing consumers that food was cheap.

It would take two or three generations before environmental costs were internalised into the price model.

"We’ve always sold our food way too cheap. We cannot continue to sell cheap food/wood products and legislate for catchment nutrient caps," Mr Barton said.A nitrogen cap was imposed on farmers around Lake Taupo, including Mr Barton and his wife Sharon, to protect its water quality.

Faced with what was effectively a cap on stock numbers, Mr and Mrs Barton sought to increase the value of the product they produced.

They created their own brand, Taupo Beef, which gave consumers a guarantee that the product had been grown in a way that would not damage the lake.

The Bartons were involved with Food, Farms and Freshwater, or 3F, an initiative which also involved Otago-based environmental planner Rhys Millar and Auckland lawyer Natasha Garvan, who grew up in Oamaru.

They were trying to take the lessons learned from Lake Taupo and see if they could be applied across multiple catchments, creating a brand for New Zealand red meat that was verified as meeting fishable and swimmable water quality objectives.

The fundamental issue was that everyone thought the idea was great, but how to turn it into something workable was a "work in progress", Mr Barton said.

Given 80% of the food New Zealand produced was exported, he questioned whether a consumer in Beijing or Paris would pay a premium for a product  guaranteed not to damage a waterway if it was a waterway they would probably never visit.

That was a "challenge for the whole country", he said.